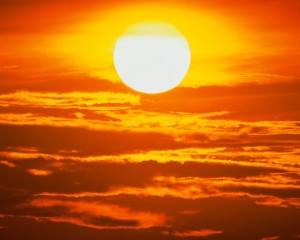 Remember how I said I wasn’t going to update on Thursday and Friday anymore?  Well, here we are…  The problem, you see, was Tuesday.  I missed it for a reason I can’t now remember, and felt guilty about only updating twice in a week.  I simply can’t allow such lameness.

Today is hotter than… what?  I asked that question on Twitter and only one person responded.  She said “the devil’s jockstrap,” which I appreciated.  But I’d like to get your feedback on this important issue, as well.  Please use the comments link below.

Last night I was really tired and dozing off, before I finally mustered enough energy to go upstairs to bed.  Then I couldn’t sleep.  I was just lying there, staring at the ceiling fan.  Finally I cracked open my Kindle and started reading about Gerald Ford, which never fails to bring the slumber.

But I think it was ridiculously late when I finally dozed off.  I purposely wouldn’t look at the clock, because I knew it would stress me out, and cause me to stay awake even longer. I feel pressure to be as productive as possible on my days off from work, and if I only get three or four hours of sleep, I’ll be in trouble.

But I feel reasonably rested.  No worse than normal…  It sure is hot, though.  Did I mention that?

Yesterday a guy came out to look at our washing machine and dishwasher.  I was braced for bad news, but it wasn’t too painful.  He fixed both for $300.  So, we’re back in business.  No more barking dogs and other peoples’ underwear at the laundromat, and no more washing dishes by hand, like Scout Ingalls.

I think that pretty much takes care of our problems.  Well, except for the hole in the propane hose, caused by a gnawin’ squirrel, and our sinking deck.  But other than that… we’re fully operational, here at the Compound.  What a crazy-ass summer, so far.

I haven’t had a chance to do anything with it yet, but I’ve opened a Google+ account here.  Please follow me, if you’re so inclined.  Tomorrow I’m hoping to spend some time there, and get things underway.  Any opinions on it?  Is it any good?  It just looks like a Facebook knock-off to me.  What’s the difference?

A few days ago Toney and I went to the Verizon store, to check out the phones.  It’s been more than a year since we upgraded, and we’re due for another upgrade in early December.  So, we’re starting the research early.  Oh, these decisions can’t be made all willy-nilly…

I love my Android phone, and will probably go with the Droid X2, unless something better comes along in the meantime.  Toney wants an iPhone, but I don’t want to abandon the Droid.  If you have any input on this subject, I’m all ears.  Is there a better choice than the X2?

And finally, I had a Sprite yesterday, for the first time in months, possibly years.  I try not to drink soda these days, but every once in a while it can’t hurt, right?

And it’s really weird…  Whenever I drink a Sprite, the first sip takes me back to a family trip to Daytona, Florida, when I was four or five years old.

My grandparents and aunt were there, but my dad stayed home because of work.  At the end of every day, my mother would let me walk to a vending machine outside our motel, and buy something.  And I kept selecting Sprite, in a big ol’ green glass bottle.  They were always so cold, and so good.

My mother says I was way too young to remember any of this, but I do.  I can see the motel in my mind, and know exactly where the vending machine was located.

Do you have anything like this?  Is there a food or a drink that takes you back to a specific moment in your past?  Not a general “back home” feeling, but something specific.  If so, please tell us about it in the comments.

And don’t forget the “It’s hotter than…” question.  Finish that sentence for me, if you wouldn’t mind.  I’m far too miserable to do it on my own.