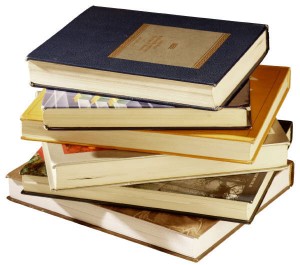 Is it OK if I stop sneezing and coughing into my elbow now? I’m ruining all my shirts.  Sheesh.

Anyway, there are currently 407 comments on the 2010 Roll Call page.  Would anyone, by any chance, like to go through them one final time, to get a handle on how many states/countries we hit this year?

If not, I might be able to get to it over the weekend.  I’d like to have some kind of easy-to-read summary, maybe a spreadsheet or something similar, with a total per state, etc.

And when I say I might be able to get to it, the rough translation is “I have good intentions, but there’s approximately the same chance of the entire cast of Riverdance emerging from my butt.”

But they say nothing is impossible, right?

I just downloaded the new Hold Steady album.  Sounds pretty good, so far.  I like those guys, and I’m looking forward to spending some quality time with their latest.  Any opinions yet?

And Josh Kohlbach is taking advantage of the low-cost Surf Report advertising rates, and re-upping for another month with us.  I want to thank him, by linking to his site again in an update.  Right here.

If you have something you’d like to promote, please consider an ad campaign at TheWVSR.  It’s ridiculously cheap, and I’ll do what I can to drive readers to your site.  You know, after I accept the ad…  I ain’t promoting no questionable boolshit.

And I mentioned that I’m returning to the yurt next week.  I’m going to start an intensive editing of my book, and need your help with something.

This was suggested by my still-unnamed, but pretty much guessed at this point, NYC friend.  While we were having beers a couple of weeks ago, she said I should ask you guys for some feedback on the stories and phrases you’ve read at the Surf Report, that have stuck with you over the years.

For instance, are there any particular Sunshine & Mumbles tales that jump immediately to your mind?  Same with Nancy and the gang.  If they’ve stood the test of time with you, then they’re probably good candidates for inclusion in the book.

Also, I’m looking for little phrases and descriptors that I pull out of my rear-end on occasion.  These don’t have to be about the extended family, necessarily, just anything that’s stuck with you.  Which ones do you remember, especially?

Part of editing a book, I’m guessing (gulp), is evaluating every scene.  Some are stronger than others, and a few will probably need to be scrapped or replaced with something better.  And I’m planning to add at least two additional chapters.

So, your feedback on this will help me out a great deal.  I’ll need specific items, and not just “anything involving Nostrils.”  You know, like the time he got caught in a Southern rainstorm for the first time, parked his car under a bridge, and shit his pants?

Can you help a brother out?

And I know this one seems even more self-indulgent than usual, but I really do need this information.  So, thank you in advance.

Oh, and just because I feel like doing it… my friend is indeed Duff.  She’s beyond awesome, and has helped me behind the scenes for several years.  I’m confident that exciting things will be happening during the second half of 2010, and she’s played a big part in it.

So, there you go.  Have a great day, my friends.