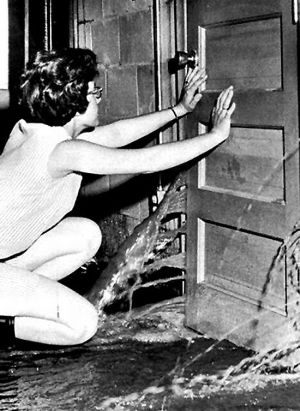 I took two days vacation last week, to stretch my weekend to a portly five days.  Actually, it was more like five and a half, but there’s no need to showboat.

However… on the very first morning, I woke up sick.  It wasn’t anything horrible – just a bad cold – but how’s that for timing?  It couldn’t have been more perfect.  I was snotty and achy and run-down.  No fun.

But I went into it with a long to-do list, and got almost everything finished.  It was time well-spent – even though I was snorkeling runaway fluids back into my nasal cavity all day, every day.  It was a bit of a struggle, but I was determined not to waste my vacation.

And when it was time to return to work on Sunday… I felt all better.  I thought Allen Funt was going to emerge from behind a partition, convulsed in laughter.  Wotta rip-off.

I set up my new Droid Bionic during the week, and it wasn’t easy.  I had to install a SIM card, and a memory card, with no useable directions.  It was frustrating, but I finally got it to work – with the help of a YouTube tutorial.  Lameness, man.  At a couple of points on Thursday I was ready to flip-out, and maybe burn the house down.

I had to activate the 4G network, then the phone… who the hell knows?  It was extremely convoluted, and unlike any phone I’d ever activated before.  Who’s running this crap, one of Obama’s czars?  It was unnecessarily complicated.

I used the back-up assistant, and most of my information transferred to the new phone.  All of the contacts (I think) migrated, and the photos, but only about half of the apps.  I had to go in and download a bunch of them again, and try to remember what username/password I chose the first time ‘round.  The whole thing was fairly aggravating.

Also, when I was ordering the phone online, they were trying to get me to ditch my old unlimited data plan, for a new 4GB plan.  The website made it seem like I didn’t have a choice, but I called their 800 number, anyway.  And the dude admitted that I was grandfathered in to the unlimited version.

“Why does it say I MUST change?” I asked.

“They want you on the limited plan,” he said.

“Even though it says I do?”

So, if you’re planning to upgrade your Verizon phone soon, beware of the dodgy 4GB data switch.  If you already have unlimited data, make sure you hang on to it. The website specifically says you MUST change, and the old plan is not compatible with your new phone.  But it’s not true.

Seriously… are the czars involved?

But after I got it up and running, I was loving the new phone.  It’s super-fast and powerful, and I’m now able to use my Amazon Cloud drive, like a gigantic iPod in the sky.  I have unlimited space for music and I’ve already got 80GB of music uploaded to it – and sending more every day.  Eventually I’ll have my entire music collection saved to that thing, and will be able to access it with any phone or computer I ever buy in the future.  I should probably include my Cloud password in my last will and testament…

When I returned to work, I had about ten emails about boogers on the bathroom wall.  Apparently people go in there, sit on the toilet, and flick snot balls at the adjacent wall.  And how freaking disgusting is that?  The whole place was in an uproar about it.

Someone from facilities reportedly went in with a rotary sander and a welder’s helmet, and sheared off the stucco o’ boogs.  And now they’re keeping an eye on things, and have vowed to capture this Jack the Flicker, if he doesn’t knock it off.  Or Jaqueline, I suppose, since it’s a unisex bathroom.  Somehow, though, you just know it’s a guy…  Blechh.

And I’m going to use that as the inspiration for our Question of the Day.  In the comments section, please tell us the most memorable – or remarkable – work bathroom stories you know.

In Atlanta someone walked in on a warehouse employee, while he was waxing his dolphin.  His defense?  “I was just relaxing.”  This, of course, only made matters worse, and “relaxing” became a euphemism for beating-off at that place for at least the next decade.  Heh.  They wouldn’t let up on the poor bastard, and he eventually stopped coming to work.

And, at the same job, I worked with a guy named Scott who would fly into a sustained rage every time he walked into the men’s room, to find it “all shitted-up.”  He’d get visibly angry, and start shouting that everybody who worked there needed to see a “physician.”  Every time the bathroom was funky, he’d go wild.  And it was a fun thing to watch.

Do you have any work bathroom tales to tell?  If so, please use the comments section below.