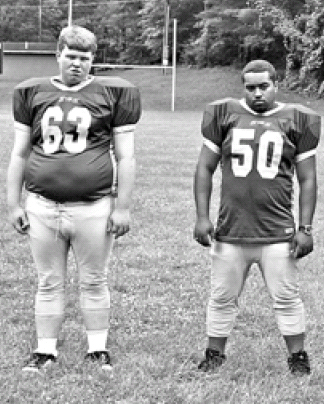 Toney and the Secrets left for Canada Monday morning, before I was even out of bed.  So, it’ll just be me and Black Lips Houlihan until Thursday afternoon…

Andy’s getting the short end of the stick, because he’s not used to being home alone; I have to work every night, and he’ll be an emotional basket-case by the time Toney returns.  Any small change to the program, you see, sends him spiraling to the fringe of a full doggie-breakdown.  I might have to give him an occasional Yuengling.

Nostrils is also away this week (visiting one of the many “parents” he pulls out of his ass), so if Toney and the boys hadn’t gone to the House of Nancy, the House of Nancy would’ve surely come to us.  I’m already missing my family… but it had to be done.

When they crossed the border into Canada, the guard asked Toney if she’d brought a letter from the Secrets’ father, saying it was OK to take them out of the country.  And Toney said something along the lines of, “Wha’?”

Irritated, the woman told Toney not to say anything else, and began grilling the boys with a litany of questions.  Where is your father?  Why is he not traveling with you?  Would it be OK if we called him?  Has he ever let-loose a super-amplified tuba fart in the men’s department of a JCPenney?

Toney called me last night, and said Nancy is going on and on about all the money she and Nossy are making now.  According to her, they’re practically awash in Canadian dollars.  I guess it helps when the husband finally joins the workforce at (what?) fifty years old?

But now that they have a little money for the first time ever, they’re not only getting obnoxious about it, but also starting to complain about taxes, etc.  Isn’t that classic?  Gone are the days of high-horse socialistic pontification.  Now it’s just “I got mine, you get yours, bitch.”

Toney and I were talking about the Dakota on Sunday, and how cool it would be to live there.  She even went online and found us a three-bedroom apartment in the building, for $38,000 per month.

Yeah, that might be a tad out of our price range…  I don’t know, but we’ll probably have to make alternative arrangements.  Like staying right where we are.

And anyway, I’m not sure how much I’d realistically enjoy living in an apartment, in the middle of big-city chaos all the time.  They make it look very pleasant on Family Affair, but I’m not completely convinced.

A compromise might be better.  Maybe someday I’ll be able to buy a half-acre plot of land, in Manhattan somewhere, and build a split-level suburban home on it.  I can see me out there washing my car on the driveway, in the shadow of the Chrysler Building or whatever, and mowing the lawn and waving as the tour buses go past.

Yeah, that would probably be better.  But how far is the closest Target?  I’d need to know that, before any final decisions could be made.

I also like the idea of building some nondescript cinderblock home somewhere, and having a massive high-tech bunker complex underneath it.  From the street it would look like nothing special, but would actually be a 10,000 square foot extravaganza of ridiculousness, mostly underground.

Do you ever daydream about having an extreme home of some sort?  Or is that just me?  If you think the same kind of thoughts, and don’t mind revealing your ideas, tell us about it in the comments.  ‘Cause I’d like to know.

I went to the beer store on Thursday morning, and decided to take a look around.  Needless to say, I’m there all the time, but rarely venture too far from the Yuengling cooler.  This time, for some reason, I had the urge to browse.

And mixed-in amongst the microbrews with novelty names (like Arrogant Bastard Ale), and the crap I used to drink in 1979 (Stroh’s, Genesee, Mickey’s Big Mouth) was two lonely cases of Fuller’s ESB.  I couldn’t believe it.  We rode past the Fuller’s Brewery in London several times, and had consumed (and enjoyed) many of their products while there.

I went to the checkout and asked the guy how much a case would cost me, and he said $36.17.  I thought about it for a couple of seconds, and lost my nerve.  I just sighed and bought yet another case of the golden elixir (for $16.95), then went home.

Yeah, I lasted two days and was over there buying a case.  I put it in the downstairs fridge, let it cool throughout the day, and Toney and I had two each before dinner that night.  Damn good.  Just the smell transports me to the Red Lion Pub, or the Lamb and the Flag.

And since we’re sorta on the subject, what’s your favorite wacky microbrew name?  There are a ton of ’em now: so many I can’t keep up.  Do any stick out in your mind?  Tell us about it, won’t you?

And the picture at the top of this update?  Well, so far two things have made me laugh out loud today (twos for Tuesday!), and that was one of them.  Buck sent it to me.  It’s reportedly from a special pre-season football section of his hometown newspaper, and is a pic of a pair of linemen from a local high school team.  Heh.

Also, I believe this is taken from the Rush Limbaugh show (but don’t worry… it’s non-political).  Made me laugh.

Finally, since I’m STILL having trouble with the FrontPage website (grrrr…), I pasted my NYC pictures into WordPress.  You can check them out here and here, if you’re so inclined.