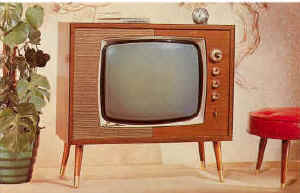 A couple of nights ago at work I was talking with someone about old TV shows that probably wouldn’t make it on the air today.

All in the Family, for instance.  There’s no way such a program would be given the thumbs-up by network executives in 2011.  Despite the fact Archie Bunker was designed to look like a buffoon, his opinions wouldn’t fly at this point.  Even in the context of a program designed to mock him.

No, you’d still have people cherry-picking individual lines of dialog, and acting all offended.  They’d be sprawled-out on fainting couches and whatnot, completely missing the overall message of the show.

Because people like to be offended nowadays, it’s a hobby.

Another show we talked about was Hogan’s Heroes.  It was a sitcom, for godsakes, set inside a Nazi concentration camp.  And it debuted just twenty years after World War II ended.

Clearly, there were plenty of people still around who were victims of Hitler and his band of merry men.  Jews who fled Europe… war widows… parents who lost sons and daughters in the fighting…  And they made a sitcom about it?  Featuring hilarious Nazi officers??

Yeah, I can’t see something like that receiving a green-light today.  Can you imagine, for instance, a wacky sitcom about 9/11?  Maybe about a lovable loser who is constantly trying to profit off the tragedy, always coming up with tasteless souvenirs and that sort of thing?  I don’t think so.  Maybe in 1965, but not now.

Heck, during the ten-year anniversary of 9/11, just a few weeks ago, I posted something at Facebook which caused someone to get — are you ready? — offended.  There was wall-to-wall TV coverage at the time, and I wrote this:

I was dozing a bit, and my son was flipping through the channels. For a few confusing seconds I believed the guy from Man vs. Food had been eating an enormous sandwich in the south tower of the World Trade Center, on 9/11.

That’s a joke about me getting two TV shows mixed-up, while drifting in and out of sleep.  It doesn’t have anything to do with 9/11, really.  But I was taken to task, for even mentioning the subject inside a joke about something else.

I don’t think there will be any 9/11 sitcoms, anytime soon.  Not that I’m saying there should be, mind you.  I’m just pointing out how times have changed, for better or worse.

Can you imagine a TV character in 2011 hollering at his wife every week:  “One of these days, Alice!  Pow!! Right in the kisser!”  Heh. Where’s the fainting couch?

Of course we have lots of options now, and the edgier stuff has kind of migrated to cable.  So, it hasn’t disappeared completely.  Some of it has, I think, and that’s not necessarily a bad thing.  For instance, we don’t really need an updated version of Amos & Andy.  Right?

What do you think about this?  If you have any opinions, please post them in the comments.  Also, what are some old shows that probably wouldn’t make it to modern-day network television?