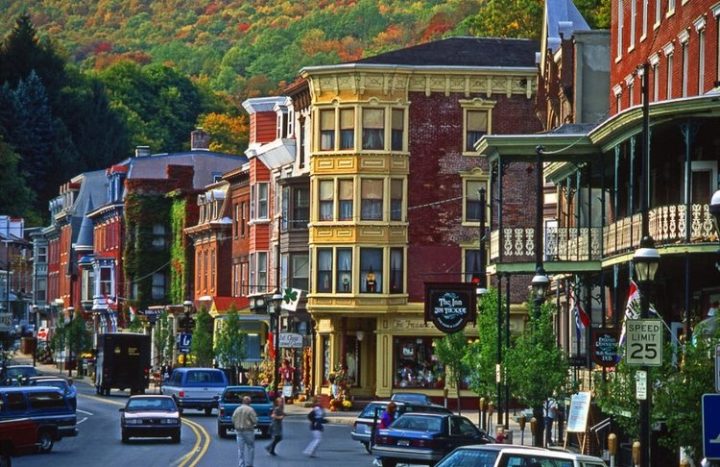 Toney and I have vowed to shake things up a bit, and not just hang around the house all the time. Like sacks. There’s stuff to do, some of it not super-expensive. But do we do it? No, we do not. We just hang around. Like sacks. This is not the way we used to be, which concerns me. So, we’re shaking it up, dammit. It started with the New York City trip a few weeks ago, which we did basically on a whim. And this Sunday we spent the day in Jim Thorpe, PA. That’s a picture of the main drag above. I didn’t take it, it’s lifted straight off Google Images. But it gives you a general idea. It’s a quaint little town in the mountains, with shops ‘n’ shit.

It was a good day. I had some doubts, which is my nature, but it turned out well. Here are some random notes:

It was a good day. Much better than hanging around the house, or walking through Sam’s Club, or whatever. We’re shaking it up like Ocasek, dammit!

But I need to go to work now. You guys have yourselves a fine day, y’hear?