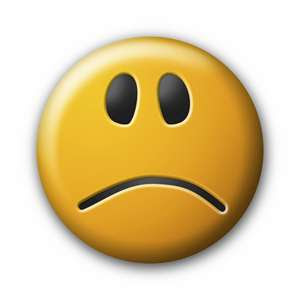 I’ve been taking blood pressure pills for four or five months now, because I’m a portly man with a low tolerance for bullshit.  Plus I’m pushing 50 (sweet sainted mother!!), which doesn’t help matters.  How did I get so old, so fast?  The numbers just don’t add up.

In any case, these pills might be helping me a little.  But they’re also hurting.  Let me count the ways…

After the doc prescribed the meds, I’ve had to go to three follow-up appointments, which cost $25 each.  But that’s not the part that bugs me.  It’s that I’m ALWAYS left sitting in the main waiting room for an hour, with tuberculosis patients, and people with full-blown SARS.

Finally, they summon me to the inner sanctum (calling me “Jeffrey”), and I get to sit inside an exam room for another 45 minutes.  Then some med student comes in and starts trying to doctor me.  But she’s about the same age as my oldest son, and it all feels like an act. That’s probably unfair, but tough shit.

All this aggravates me greatly, and drives my BP up.

Plus, I originally had the prescription going to Target.  But I went all the way over there one evening — it’s in a neighboring town — and there was a sign that said the pharmacy is closed because there’s no pharmacist available.  What in the pearl-handled hell??  Again, my shit spiked.

I got so pissed at that one, I had the doctor’s office move the prescription to a drug store a few blocks from our house.  And it’s been nothing but a giant wad of irritation.

Every time I go there it’s a different price.  It’s the exact same prescription on the exact same insurance plan, yet the price always changes.  I get the feeling they don’t know what the hell they’re doing, and worry they might mistakenly give me one of those drugs they advertise on TV; the ones that have side effects like “complete loss of skin,” or “sudden change in sexual preference.”

On Friday I went there, braced for combat, and sure enough… a completely new price.  They don’t even bounce around between two or three, they come up with a new one every time.  I flipped out.  Well, my version of it, anyway…  I’m not really the type to holler and cuss, and that sort of thing.  But I told the clerk I was finished with them, and wouldn’t be returning.  I was civil, but made it clear I’d had it with their asshattery.

And as I was driving away, empty handed, my phone rang.  It was a local number that I didn’t recognize, so I answered.  It was the pharmacist, asking what was going on.  I told her, and she said she’d fix it.

I reminded her that this was blood pressure medicine and they were surely sending me to a higher dose.  She chuckled, but it wasn’t really a joke.  I told her I’d turn around and return, as long as she could promise that I wouldn’t be standing around for a half-hour, beside the reading glasses and the Whitman samplers.  She promised, and I went back.

It went smoothly, so maybe I’ll give them another chance.  But I’m telling you… if there’s even a hint of trouble the next time, I’m going mail order.  Or sending it to Wegmans, or something.  Eventually I’ll find the sweet spot, unless I die of a stroke first.

Sheesh. I think I was better off before I started trying to take care of myself a bit. I really do.