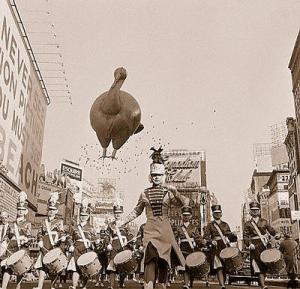 I was walking through the back room at work a few days ago, and the radio was blasting “Been Caught Stealing” by Jane’s Addiction.  And one young guy said, “Hey, who is this?”  And another young guy said, “You don’t know who this is?!  I can’t believe you don’t know!!  It’s the Beastie Boys, you idiot!”

I just kept cruising.  Whatever.  Ten years ago I would’ve set everyone straight on the matter, but now?  I couldn’t give a shit.

A couple of weeks ago I took the younger boy to a record store near here, and it was a demoralizing affair.  They sell vinyl albums, which is usually in my wheelhouse.  But this place was depressing.

For one thing, it smelled like a wet dog in there, and it seemed like the funk was soaking into my clothes.  And there was nothing on the walls, which is weird.  Record stores are supposed to be covered in posters and photos, and whatnot.  This place felt odd, and unwelcoming.

And get this.  All their LPs are displayed like books in a bookstore — meaning they’re on shelves with only the spines showing.  No bins to flip through…  You just have to walk down the row with your head cocked at a 45-degree angle, trying to read the tiny print on the edge of the albums.

It was bullshit, and I wanted to flee almost immediately.  But I let the hooligan browse for a while, in this weird Soviet Union record store, and just hung around and watched people.  The only person I saw make an actual purchase was a 300-pound bad-attitude girl, wearing a t-shirt with the sleeves cut off.  She bought “Look What the Cat Dragged In” by Poison, on LP.

“Let’s get out of here,” I told the boy.  “Yeah, this place kinda sucks,” he answered.  And our little record-buying adventure abruptly ended.

Do you still have a decent independent record store near you?  They’re harder and harder to find.  We have a place that fits the bill, but the employees are pricks — like it’s 1983.  I don’t even like to go in there, because all I do is fixate on their haughty attitudes.

I want to shout, “Are you soul-patch douchebags serious?!  You’re working in a dying industry, where customers are few and far between, and you’re STILL sneering at everyone and acting superior?”  It’s amazing to me.  I just stay away from the place, because I have high blood pressure and it’s not advisable for me to shop there.

Screw it.  I used to live in record stores, but Amazon and eMusic work just fine for me nowadays.  And I don’t have to endure the “You may approach the throne” assholes, who are stuck in some kind of time warp where record store clerks are still the arbiters of all that’s cool.

I need to go to work now, and frown my way through a staff meeting.  What are your plans for Thanksgiving?  Anything special?  We thought Nancy and the gang might be here, but they’re not coming.  So, it’ll just be the four of us, and a spectacular border collie.  I plan to polish off some Yuengling, and eat to excess.  Other than that… nothing too exciting. The couch cushions are singing to my ass cheeks.

If you’re doing anything out of the ordinary, please tell us about it.  And I’ll see you guys on the other side.