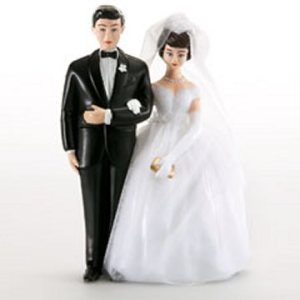 Toney’s home sick today.  I think it might be consumption or thrush, but I’m no doctor.  She’s watching a TV show in which four women attend each others’ weddings, and rate them in different categories.  I’ve seen it before, and it’s strangely addictive.

I was just up there talking with her, and started feeling myself getting sucked into that boolshit again.  But I was strong, and pulled myself away.

It reminded me of something, though…

Many years ago, my friend Bill and I went to Cincinnati to take in a few Reds games.  I think it was shortly after I moved to Greensboro, so mid-1980s?  A long time ago.

One day (probably a Saturday) we were drinking, and went out to get some more beer.  One of us farted REAL LOUD in the store, which we thought was the absolute pinnacle of comedy.  Then we passed a wedding on our way back to the hotel.

The bride and groom were just coming out the front door of the church, and everybody was throwing rice and cheering.  In front of the building was a long, swooping circular driveway, and I instinctively whipped my Chevy LUV truck onto it.

We were traveling at a high rate of speed around that thing, and as we passed the wedding Bill yelled out the window, “HOPE YOU GET LAID!!”

Every head turned our way, and we disappeared down the street — laughing our asses off.  It was so stupid, yet so goddamn funny.  The way everybody froze, and whipped their heads around…  I’ve laughed about that idiocy a thousand times through the years.

I wonder if it became family folklore, amongst the group of assembled strangers?  I bet it did.  I’m sure there were grandmas there, and elderly aunts.  And, based on all the cable shows, people apparently spend months and months planning those kinds of events?  Who knew?  Then, to have a couple of semi-drunk dumbasses drive through the middle of it, and holler “HOPE YOU GET LAID!!”  I have a feeling it made a lasting impression.

On that trip we stayed at the same hotel we’d stayed during our senior trip to King’s Island amusement park, a few years earlier.  It was a Holiday Inn Holidome, which was nice at the time.  But I guess it went downhill after that?

Anyway, during that earlier trip, everybody smuggled liquor in shampoo bottles.  And once we got settled into our rooms, we all sat around and passed bottles of Breck and Pert to each other.  “Hey man, give me another hit off that Head & Shoulders!”  It was absurd.

We stayed up all night, didn’t sleep one minute, and went to a Reds game the next day.  It was all a blur.  We drank all the shampoo booze, then sneaked away and bought beer at a Kroger store down the road.  Everybody was smashed.  And there were dozens of nuns at the grocery store, which only added to the weirdness of it all.

The so-called chaperones either didn’t know what was going on, or didn’t care.  Heck, they were probably drunk, too.  Here’s my only encounter with a chaperone on that trip:

While riding home from the game on the bus. everybody fell asleep.  At one point I jerked awake, and my head was on some black football player’s shoulder — who was also asleep.  Heh.

So, there you go.  I had another update planned, but six minutes of a wedding show completely hijacked things.  Sorry about that.  I’ll try to be more coherent tomorrow.