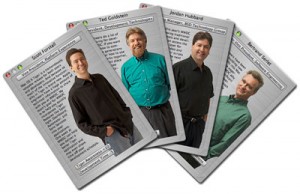 There’s an inordinate amount of chaos at Chez Kay this week.  Chaos and aggravation.  I wouldn’t expect much from this update if I were you, I really wouldn’t. But I’ll do what I can here…

The bathroom is sitting unfinished, and we haven’t seen the contractor since Sunday.  Kinda concerning.  Toney spoke with a person in their business office yesterday, and she promised the guy would be here by 10 am today.  As I type this it’s 11:31, and we got nothing but crickets.

So I don’t know what the hell’s going on.  It’s Wednesday, and we haven’t heard from him.  I’m fixin’ to make a phone call, and can feel my inner-bastard asshole (basthole) coming into bloom.

Also, Toney and the older Secret are going out of town for a few days.  He’ll be competing at a multi-day swim meet in another part of the state, so I’ll be holding down the fort here until Friday evening.

And that means I’ll be in charge of feeding the younger youngling, and getting him to his various camps and activities on time.  I don’t know how Toney keeps track of it all; I’m going to need a freaking schematic over here.

Oh, wait. Andy’s going ass-over-tits upstairs.  I’ll be right back…  Yep, it’s the plumber.  He gave me some convoluted story that might’ve included the words “Tobyhanna” and “miter saw,” but I wasn’t really listening.  The important thing: he’s back on the job.  All is forgiven; pass the beer nuts.

Surf Reporter Brian sent me this picture yesterday, presumably of a fellow-shopper at a store somewhere.  Sexy!

And you’ve GOTTA check out this great post by Greg Miller, about West Virginia strip clubs.  In fact, you should bookmark his site, and subscribe to the feed.  ‘Cause the dude is right up our alley, as they say.

Finally, I was listening to George Noory last night, while driving home from the Demoralization Institute, and one of the callers said he believes Earth and the human race exists for the entertainment of aliens.  They’re watching us, he believes, like a big reality program.

And that got me to thinking…  If we are, in essence, players in a massive, never-ending sporting event, wonder if alien kids collect human trading cards?  “I’ll trade you two Harry Ocheltrees for one Danny Rose…”

And if they do, what kinds of stats about us would they have on the backs of the cards?  Number of beers consumed during entire “career?”  Number of times he’s “romanced” himself?  What do you think?

In fact, what kind of lifetime statistics would you like to see about yourself?  If there’s some official scorekeeper in another galaxy, constantly crunching the numbers on us, what categories would you most be interested in seeing?

Use the comments link below, for your thoughts and ideas.