What kinds of stores make you sad? 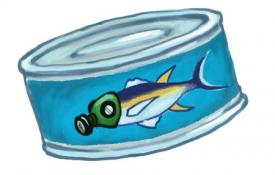 I can answer that one without hesitation: drug stores.  I can’t really put my finger on the reason, but those places always bring me down.  In fact, I try to stay out of them.  They sell weird things (enemas, Fiddle Faddle, playing cards, tuna), for ridiculously high prices, and every one of them smells exactly the same.  Why is that?  Why do all drug stores smell the same?

No sir, I’m not a fan.  I also don’t like so-called party stores.  You’d think they’d be fun, right?  Wrong.  I always feel like throwing myself off a tall structure after visiting one of those soul-sucking hell houses.  It’s like the walking dead in there, amongst Dora the Explorer plates and plastic Hawaiian leis.  Shit!  I just had a full-body-shiver.

What stores depress you?  Yeah, I know… Wal-Mart.  That’s the automatic answer, but it doesn’t really depress me.  There are things there I don’t mind looking at:  electronics, DVDs, CDs, candy (they have a kick-ass candy section)…  It doesn’t really depress me, it aggravates me.  ‘Cause it’s a trash magnet.  If it wasn’t for the other shoppers, it might not be so bad.

Target, which is right next door to our Wal-Mart, is essentially the same kind of place.  But I guess it’s considered too “up-town” by the Wal-Mart shoppers, and is therefore tolerable.  In fact, I’ll gladly pay a little extra per item at Target, for the privilege of not having to wade through the screaming fatasses with cross-eyed buzzcut children at Wal-Mart.  So, it’s not really the stores I object to, it’s the clientele.

What do you have on this one? Please tell us about it.

Have campaign signs ever actually affected your vote?

They have for me.  I know that if the Half-Shirts put a sign in their yard, I need to vote for the other guy.  Because those people think the exact opposite way as I do, and sometimes I’m guilty of not following local politics as well as I should.  So, I use their signs as a guidepost on who NOT to vote for.  What about you?  Has your opinion ever been swayed by a political sign?  Somehow, I don’t think it makes much difference — at least not in the way the sign-poster hopes.

What would be a REAL nerd costume?

At the high school where our older hooligan is a student, they’re going to have “nerd day” soon.  All the students are invited to dress up like a nerd, and I’m pretty sure they all buy fake buck teeth, crank their pants way up, and put on horn-rim glasses with tape on them.  You know, the stereotypical nerd…

But I don’t think real nerds dress that way.  That’s just the Hollywood version.  I think they actually wear Sherlock Holmes caps, and overcoats.  They also speak with fake British accents, and have highly-informed opinions about cinema.

What do you think a REAL nerd costume would be?  Any thoughts on that one, or any of the other questions?  Please use the comments link below.

And I’m going back to to work now. Kick-ass!