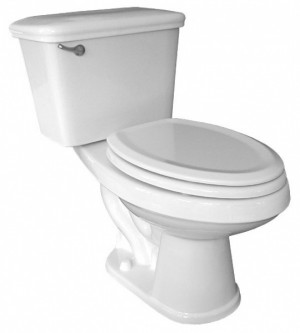 This is by no means comprehensive, I could undoubtedly come up with five or six more if I concentrated on it, but below is the three bathroom embarrassment stories that popped immediately into my head.  After you finish reading mine, please use the comments section to tell us yours.

Yeah, and this could be fun, or a total bust.  I don’t have a very good track record predicting such things.  But let’s get to it, shall we?

I’m not proud of this first one, but it led to one of the top five hardest laughs of my life.  It was one of those situations where you laugh so hard, you wake up the next morning sore all over.  Know what I mean?  It reaches all the way down to your core, and every muscle gets involved.

During high school a bunch of us went into the bathroom one afternoon.  They didn’t have doors on the stalls, because people used to go inside and smoke various things.  And on this day there was a kid sitting atop one of the toilets, all curled up with embarrassment.  He was perched up there, clearly mortified by the turn of events.  He’d probably psyched himself up and was convinced he could get away with a quick dump without anyone knowing.

It was a tactical error…

A couple of the guys started teasing him, and I felt kind of bad for the kid.  Most of you know about my deep-seated neurosis when it comes to crapping away from home…  So, I felt some sympathy for him, but the way the situation escalated left me unable to do anything except laugh.  Like I say, I’m not proud.

Sensing how uncomfortable the kid was, a couple of the guys went out into the hallway and started waving people into the bathroom.  Within twenty seconds the room was FULL, with this poor bastard sitting on the toilet, his pants around his ankles.  There were even a few girls in there, and at least one teacher.  It was a fully realized nightmare.

Then somebody hit him with a bar of soap, and I limped out of the room, completely incapacitated.  My friend Tim and I stood out in the hall, buckled at the waist, laughing and laughing and laughing.  It was one of the cruelest things I’ve ever witnessed, and my reaction was disgraceful. Hey, I fully admit it.

Yeah, and I would’ve begged my parents to let me go to another school.  Man, that was the worst…  Holy shit.

And in Greensboro years ago I was at a rock club called Underground, when story number two occurred.  My brother was with me, and we were planning to hit the men’s room, to get rid of some of the cheap beer we’d ingested.

I opened the door and it was just one big space, with no dividers or anything.  There were a couple of urinals on the wall to the left, and further back was a single toilet, with the seat ripped-off.  I noticed it lying on the floor, about ten feet away.

And the guy attempting to use that vandalized throne screamed at us: “Go away!”  But I was frozen in my tracks, unable to advance or retreat.  I stood there for a few beats, while my brain caught up with my eyes, and saw this dude attempting to keep his balance — with a foot-long turd swinging from his ass.

There was no seat, so he was just kind of hovering… and not doing a very good job of it.

“Good god!!” I hollered, and my brother was already out in the hall laughing.  I joined him, and we couldn’t stop for a long, long time.  There is NO WAY I would ever attempt to crap in such a place.  I mean, it’s simply outside the realm of possibilities.  And clearly it wasn’t an emergency blow-out situation, either.  The guy was giving birth to a huge log.

And the final story happened at the second prom I attended.  I was dating a girl who was a senior, and I was in my first year of “college.”  So, I was 19 or so.

My girlfriend had spent a lot of money on a dress, and months on making plans.  But I woke up the morning of the dance sick as a dog.  I wanted to cancel, but she had so much invested…

So, we went and I felt awful.  I was nauseated, and white as a ghost.  I tried to have a mixed-drink with dinner, but it only made my stomach churn.  I probably finished a third of it, and not much of the expensive food, either.

And when we arrived at the prom itself, I found a chair to flop into.  This wasn’t going well…  I felt like complete shit, and knew she wasn’t having much fun.  So, there was quite a bit of guilt involved, too.

Then everything went south.  I could sense a gastrointestinal event brewing, and took off for the bathroom.  I tried not to puke on the way, since we were, you know, at a formal dance.  High heels and upchuck do not mix…  But when I entered the room everything cut loose.

I rocketed a jet of vomit in the general direction of the trash can, but most of it hit the wall and a sink.  Other guys began howling in protest, and taking cover in their powder blue tuxedos.  There was quite a bit of shrapnel flying around.  It was horrible, and humiliating.

And within five minutes word had spread throughout the hall that Jeff Kay was drunk off his ass, and throwing up all over the bathroom.

We had a hotel room reserved, and went there.  But it was no party, I’m here to tell you.  And we didn’t install the sex trapeze, or anything like that.  I just got into bed, shivered, periodically raced to the bathroom, and climbed back into bed again.  Yes, it was certainly a wonderful evening…  She had a lovely senior prom.  Ahhh… the memories.

Now it’s your turn.  Please tell us your bathroom embarrassment stories in the comments section below.