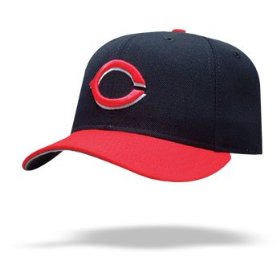 When we were in Philadelphia last week, Mr. Never-Stops-Talking told an uplifting story about going to a “suicide funeral.”  I guess the deceased had been married, had two kids in middle school, and seemed to be living the American suburban dream.  Then one evening he walked out to his garage and shot himself in the head.

According to the storyteller there were no outward signs of trouble, and the whole thing was a mystery.  But isn’t that the way those kinds of stories usually go?  It’s more dramatic if there were no indications of a problem.

Anyway, the guy provided a couple of disturbing details, that I’m having a little trouble shaking.

He said they had an open casket, for one thing, and a baseball cap had been placed on the poor bastard’s head.  And it wasn’t even straight, it was slightly askew, which made it worse somehow.

Also, during the ceremony the priest made reference to the suicide, in front of the kids and everybody, and reminded everyone that the man would be required to spend some time in hell.  But, he assured the crowd, he would probably be able to earn his way out.

WTS??  Was that really necessary?  Especially considering the setting?  And what’s the deal with earning your way out of hell?  I’ve never heard of such a thing.  Please don’t tell me there’s brown-nosing in the afterlife, too?  Oh, man.

Have you ever been to a suicide funeral?  Or any unusual funerals, for that matter?  Tell us about it.  And what do you think of the priest and the baseball cap?  Why can’t I get all that stuff out of my head??

Another questionable story I heard during Thanksgiving dinner:  A friend of a friend is a school teacher, you see, in downtown Philly somewhere.  And she had a student last year named La-a, pronounced Ladasha — the dash isn’t silent.

Heh.  I don’t believe that one for a minute, it’s got urban legend written all over it, but it’s funny anyway.  La-a.

What’s the most ridiculous first name you’ve ever heard?  We worked with a man in Atlanta who had a daughter named Quintabitha, and that’s the best I can do right now.  Do you have anything on this?  Use the comments link below.

Toney is friends with the mother of the older Secret’s best friend.  So, she and Toney constantly compare notes, and talk back and forth about all the latest middle school gossip, etc.

Over the weekend the woman (let’s call her Cindy) called Toney, and was upset at her son (we’ll call him Jesse), and the following conversation took place later in the day.

Toney:  Cindy called today, all up in arms because she found another Playboy in Jesse’s room.
Me:  Playboy?  What is this, 1968?  They still publish that?
Toney:  I guess so.
Me:  Huh.  Well, you know (the older Secret) is looking at those magazines when he goes over there, right?
Toney:  I don’t care.
Me:  Yeah, I don’t either.

What do you think about this situation?  Should “Cindy” be concerned about “Jesse’s” always-regenerating Playboy magazine?  She keeps taking them away, and they almost instantly reappear…  Ha!

I need to call it a day now, and… go to work.  (Hey, now I know where Drivin n Cryin got their name!)