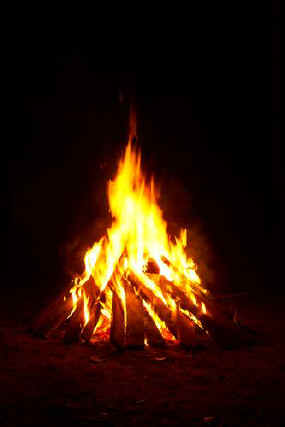 Toney was looking at a flyer last week that detailed the large number of summer camps available to kids in our area.

Most, it seemed, were sports-related.  Like soccer, golf, cheerleading, scuba diving, equestrian, paintball(!) or whatever other exotic flavor you might prefer.

There were a few designed to build self-esteem, to help dumplin’ children shed weight, a couple for kids with asthma, and on down the line.  There were even several generic summer camps, like in the Disney films.  You know, boys running around in striped shirts and coonskin caps, a big sing-along campfire at night, bunk beds inside rustic cabins, a little light sodomy…?

One was apparently for kids who are interested in pursuing a career in the CIA or FBI.  And how bizarre is that?  What do you do at CIA camp, track and kill a Russian national?  I simply don’t know.

We’re considering a fancy-pants swimming camp for the older Secret, but it costs a lot of money and there’s a good chance we won’t go through with it.  I mean, seriously.

Did you ever go away to summer camp?  I did, twice, and didn’t much enjoy it either time.

When I was ten, or so, I was sent to “church camp” at a nearby place called Camp Virgil Tate.  I think it only lasted for a week (or was it two?), and probably would’ve been fun if a friend had been there with me.  But I had no partner in crime, none whatsoever.  I remember feeling alone, ill at ease, and just kinda floating around by myself the whole time.

Here are my main memories of church camp:

There was a large lodge-like building at the top of the main grounds, which was set aside for teenagers.  It was where all the action happened, the raucous nerve center of the place.  As raucous as a gang of Baptists ever get, anyway.

The younger kids, like me, were assigned bunks inside one of the smaller cabins scattered about.  I remember lying in there after lights out, everyone a-fartin’ and a-snickerin’.

There were several ping-pong tables outside our cabin, and I was halfway decent at it, so I played a lot of ping-pong during my stay there.

The food in the dining hall was always excellent.  They had a bell outside which they’d ring when breakfast, lunch, or dinner was ready.  It was really loud, and could be heard anywhere in the camp.

They served unusual combinations of things, like spaghetti with a side of steamed broccoli.  It seemed strange, but was always surprisingly good.  Or maybe I was just starving, and would’ve thought a large block of head cheese was delicious?  I’m unclear on it.

In the mornings, after breakfast, we had to sit for two hours of religious instruction.  I dreaded it, because it was really boring and way too much like school.

Afterward we could swim in the pool, play baseball, or partake of whatever planned activity they happened to be featuring that day.  And at night they had a bonfire in the woods, where the teenagers told exceedingly tame “ghost stories.”

It wasn’t bad, but I needed a like-minded hooligan to pal around with.  Under different circumstances, I probably would’ve had a blast.  Except, you know, for the religious instruction.

Because it’s been more than thirty years, and since nothing too exciting happened, it’s all a bit hazy now.  But one episode is still very clear in my mind…

One afternoon the pastor of the church angrily called a meeting with the kids from our cabin.  And the meeting was to take place in the bathroom(?!).

Somebody, and I still don’t know who, apparently took a turd in-hand and used it like a stick of chalk.  They made a big swooping arc o’ poop on one of the walls, and the Big Cheese was not amused.

He lectured us for a long time, and with great passion, while standing in front of a large fecal rainbow.  I had nothing to do with it (I’m capable of a lot of things, but not holding shit in my hands like a Ticonderoga pencil), so I thought it was a riot.  It was all I could do not to start laughing.

And the mystery was never solved.  Maybe I should’ve done an Encyclopedia Brown-style investigation, and gotten to the bottom of it?  The Case of the Excremental Semicircle?  Perhaps it would’ve helped pass the time?

In any case, nobody was ever charged with the crime, and there weren’t even any whispered rumors about it.  Which was the creepy part…  Usually the perp wants “credit” from his peers, and can’t help but tell at least one person.  I think we might’ve been dealing with a hardened, serial crap-writer.

So, that was church camp.  And a few years later I went to Boy Scout camp, way out in the Hills Have Eyes section of West Virginia.  It was also kind of unfun.  Here are my main memories of Boy Scout camp:

While driving there, with some other kid and his dad, we stopped at a convenience store for snack items.  I bought a Coke, or whatever, and a bag of chips.  I remember it was some unknown local brand, but knew those often turn out to be the best chips of all.

And in the bottom of the bag was…  a quarter.  The coin had been sealed inside, apparently at the factory.  Weird, huh?  I think somebody needed to tighten-up their QC procedures.

The other kid’s Dad said I should write them a letter, and tell them about it.  But I was twelve or thirteen, and had little interest in writing letters to a potato chip company.  Have you ever written a manufacturer a letter, about one of their products?  Do people really do this?  I never have.

Heck, I was excited about it.  Twenty-five cents in those days was a good hunk of change.  The bag of chips itself had probably cost less.  I profited on the deal!

At the camp we were required to use sleeping bags, inside tiny pup tents.  Basically sleeping on the ground, with only a thin sheet of fabric between us and the saber-toothed tigers, or whatever.  I’m not really a fan.

And for dinner one night we weren’t allowed to go to the dining room, we had to prepare our own meals.

We had to peel and cut-up one carrot and potato each, and mix it into raw hamburger.  Then we were told to slice an orange in half, and carefully remove the insides, without splitting the skin.  So, we were left with two empty bowls, into which the burger/potato/carrot conglomeration was packed.

The hamburger was an orange-sized ball, and when the two halves of the peel were placed back together, you had yourself a heavy-ass gob of grossness.  And this went directly into the fire.

Yeah, it was horrible.  Half the meat wasn’t cooked, no matter how many times we turned our dinner-balls with a stick.  And the vegetables were still hard as a bullet at the end.  It was nasty-ass, and I could hear all the lucky kids eating something decent, down the way at the dining room.

It was a demoralizing turn of events.

During the days we were required to rotate through a series of activities.  One day we’d spend our time shooting arrows with a bow, and the next we’d paddle a canoe to nowhere in particular, for hours on end.

My favorite activity, by far, was target shooting with a .22 caliber rifle.  Somehow I was really good at it, and got addicted.  After we cycled through the whole list of activities, we were allowed to revisit our favorite, and I made a beeline for the guns again.

But overall, it was an exhausting week, with bad food and nights spent “sleeping” with a rock pressed against my liver.  Again:  not really a fan.

So, those are my experiences with summer camps.  What about you?  Did you ever go to one?  Did you actually have fun?  Tell us about it, if you did.  Use the comments link below.