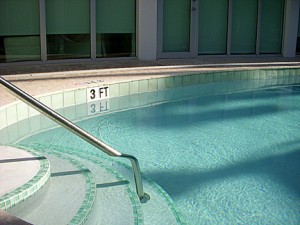 I hope all of you had a great holiday, if you’re in America, and a great weekend if you’re not.  Ours was good, but it’s already back to reality for me… Stupid reality.

I have a small amount of Nancy News to pass along to you guys today.  She reportedly believed she was experiencing an early onset of Alzheimer’s Disease, and actually went to a doctor about it – a real one, and not just some sweaty guy who “cures” diseases using dog hair and cilantro.

She’s been forgetting stuff, you see, and behaving strangely.  Yeah, I know… what’s so strange about strangely, when it comes to Nancy?  That’s exactly what I said when this story was being told to me.

But she made some popcorn for her translucent children, decided it wasn’t hot enough (WTF?), and put it into the oven, beneath the broiler.  Then she got sidetracked by a plumber who was there fixing a granite-hard soy blockage or whatever, and the bowl of popcorn went up in flames.

I guess it was a fairly big fire, and the plumber put it out before the whole kitchen went-up.  There’s only minor scorching of the walls, we’re told, but it was just seconds away from turning into something really ugly.  And there are so many questions…

Like:  Who requires additional heating of freshly-prepared microwave popcorn?  That shit comes out o’ the radiation box scorching hot.  I’ve almost been turned into a talentless Ray Charles by the steam rushing out of one of those sacks of fury.

Also:  I’ve never heard of anyone putting popcorn in an oven.  But, of course, Nancy and Nostrils have been known to heat up pizza in a skillet, so I shouldn’t be surprised, I guess.

And she’s been drifting off while driving, and scraping her car down walls and off mailboxes.  I don’t mean she drifts off to sleep, but goes into a trance or something and stops moving the wheel.  Good god!

Plus, some people stopped by their house unannounced recently, and Nancy flipped out and became convinced she should have snacks to offer them.  So, she went into the kitchen and began frantically making homemade cookies from scratch.  But it took so long the people were gone before the cookies were finished, and Nancy had spent the ENTIRE time in the kitchen.

Heh.  I told Toney (after I stopped laughing, of course) that it sounded like her sister might have dived into the shallow end of the pool.  But the doctor examined her, and believes it’s something called “adrenalin overload.”  It’s almost like a panic attack, he said.  She gets herself so worked-up, her adrenalin spikes and all sorts of bizarre things start happening.

Yeah, I don’t pretend to understand any of it…

Thanks for reading, folks.  I hope you’re enjoying these Monday dispatches from the bunker.  Think of them as the Surf Report, supersized.  Today I’m going to try something new, and allow comments.  So, here’s the secret page, for VIPs only.  We’ll see how it goes, and reassess next week.

And since this is Cyber Monday, or somesuch crap, please remember to use our Amazon links while shopping.  Here they are again:  Amazon US and Amazon Canada.