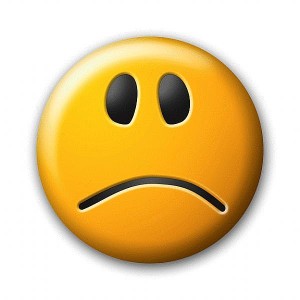 In late 1985 I left West Virginia. I was 22, almost 23, and going nowhere on the freakin’ bullet train. I’d dropped out of college twice, was working at a convenience store for $3.35 an hour, and had no idea how to proceed.

I’d been dating a girl named Kelly since high school, but it wasn’t going well. In fact, we’d broken up once already, and I was plunged into a depression that caused me to quit my job, and stop showing up for classes at Marshall University. I’d been doing well there, and enjoyed it. But, a little relationship trouble was all it took for me to throw it all away. It was one of the stupidest decisions of my life. There were others, but that one tops the list.

I devoted everything to winning her back, and was ultimately successful. But the problems remained. Kelly was sprinting toward college graduation, and I was working at the Dunbar Exxon with hillbillies and criminals. It didn’t take a fortune teller to see where this was heading.

So, in a state of desperation and panic, I moved to Greensboro, NC. I’d been offered a job in a grocery store there, paying $7 an hour. That wasn’t horrible money in 1985, and there seemed to be opportunities for advancement, as well. Maybe I could turn the shit-barge around?

Plus, this grand gesture was a clear demonstration of the lengths I was willing to go, to make things work. Kelly would have to be impressed, right? It would buy me a little time, at the very least.

Man, it was awful. Those first few months away from home were some of the darkest days of my life. I didn’t know anyone in Greensboro, my co-workers were no-nonsense, and I didn’t do very well at the new job. I had problems keeping my assigned aisle (the “cleaning aisle”) stocked. They were constantly running out of stuff, because I didn’t manage it very well. And the other guys treated me like the proverbial weak link in the chain.

So… on top of everything else, I was apparently too stupid to stock groceries. It was a real ego-boost, I’m telling ya.

And every night they cranked up a Top 40 radio station in that store, as I struggled to live up to the high expectations of Carl, or whatever the fuck, over in the pet food aisle. It seemed like they played the same ten horrible songs in an endless loop, and it was like Chinese water torture.

Two of those songs stand out in my mind, and both still have the power to conjure up some ancient panic from November/December 1985. In fact, all it takes is a few notes of either of them, and I’m instantly sad and ill-at-ease. They’re terrible songs, to be sure, but that’s not really the problem. For whatever reason, they possess the power to transport me through time, straight back to the heart of darkness.

Are there any songs that hold that kind of power over you? Do you ever hear some old tune on the radio, and it casts a dark shadow over your soul? If so, please tell us about it. Use the comments link below.

And that’s gonna do it for today, my friends. Thanks for coming here. I appreciate it, sincerely.