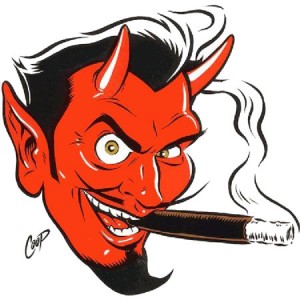 Hello, folks.  As many of you know, we’re having hacker trouble again.  Someone is getting into my files, and adding malicious code.  There’s a smart person working on it, and my hosting company is looking into it, as well.  The code has been removed about five times, and it keeps returning.  The last time it came back within fifteen minutes.

There’s not a hell hot enough for those hacking bastards…

I apologize if your computer was thrown into a state of crisis, as a result of visiting the Surf Report during the past 24 hours.  Please know that we’re trying to figure out what’s going on.  And why it keeps happening.  Usually they get in through questionable WordPress plug-ins or themes, but I’ve got all that stripped down to the bone.  And the plug-ins I use are common and installed on websites all over the world, so I don’t think that’s the issue this time.

If the last thing we tried doesn’t work (so far so good!), we’re going to have to do some drastic shit.  And if that happens, the site will probably be down for an hour or two.  But there’s no reason to be alarmed, I’m told.  Of course I’ll be crapping myself, but that doesn’t mean you should also be concerned.  The site will return, eventually.  And hopefully it will look the same, and function correctly.  Yowza.

I’ve got my fingers crossed, and maybe we won’t have to resort to the nuclear option?  We’ll see how it goes.  I apologize for all this nonsense.  This kind of stuff makes me crazy, and it’s even worse when I know some of you were affected.  So, I’m very sorry.

I’ll be back as soon as possible.