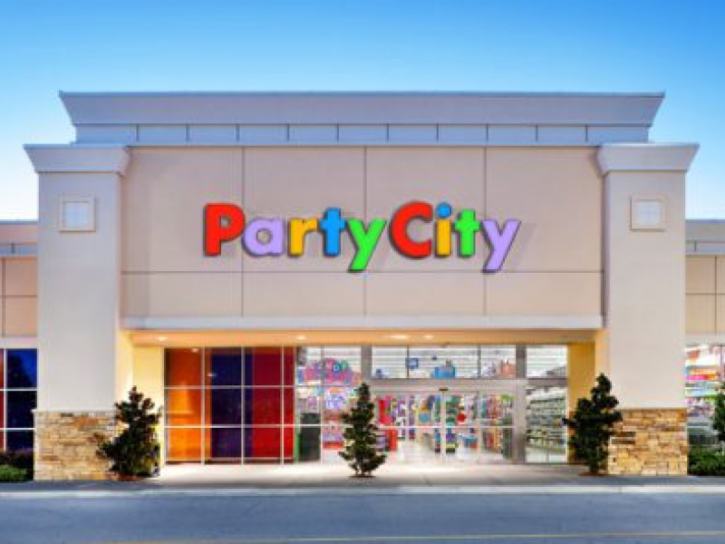 OK, perhaps I’m not qualified to comment on the “world’s” saddest places of business, but it made the headline sound better so I went with it. Feel free to file a lawsuit if you’d like. There are a handful of places that I only visit under protest, and to keep the peace with my wife. ‘Cause they make me feel sad for various reasons. I’ll share them with you now, and let you guys take it from there. Sound good? Let’s do it.

Party City  I know it seems counter-intuitive, based on the name. But Party City is like a runaway elevator free-falling into the darkest depths of melancholia. There’s an air of desperation to the place, if you know what I mean. People go there thinking they can buy a memorable party, but they’re chasing shadows. Memorable parties just happen, organically. It can be in the woods, with a pony keg of Busch, or in somebody’s shabby wood-paneled basement. It has to do with the energy of the people in attendance, not the Chinese finger traps or square ice cubes in the drinks. Yeah, I know, they sell a lot of stuff for kids’ parties, too. But that doesn’t make it any better. Kids’ parties are almost literally hell on earth. It’s all shadows, my friends. Bullshit and shadows.

TJ Maxx/Marshall’s  Is there anything sadder than a giant room full of clothes that people with good taste rejected the first time ’round? Of course there are, but you get my point. I used to go to those places when I needed new work shirts, or whatever, believing it was a direct route to happiness. But I quickly learned the good stuff there is way too expensive (more expensive than regular stores?), and the cheap stuff is breathtakingly hideous. Not to mention “urban.” Below is a picture of me, taken several years ago, holding up a pair of shorts I found at one of those joints. I can’t remember the size, and I’m not even sure it’s shorts. It might be underwear. In any case, it’s emblazoned with characters from the old Fat Albert cartoon. For that particular item you could get a very good deal. 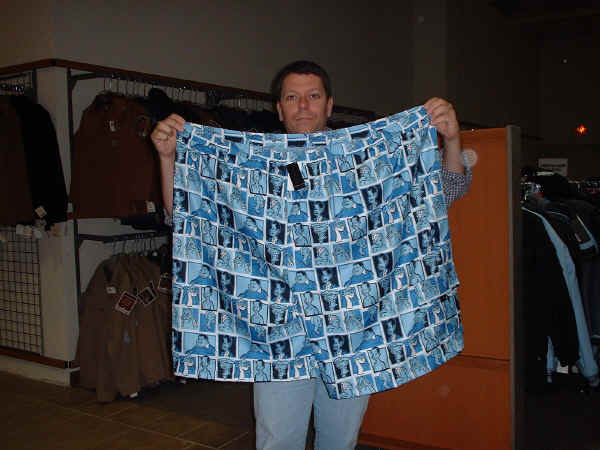 Any drug store  Toney doesn’t understand my feelings on this one, but I find drug stores to be super-depressing. For one thing, the prices are outrageous, so there’s not a chance I’ll ever actually make a purchase there. I mean, seriously. Whatever it is, it’s much cheaper at Target or Wal-Mart. Plus, it feels like everything is moving at half-speed in a drug store. When you walk into one, the tempo of the world is instantly ratcheted down by about fifty percent. It’s maddening for a man with my particular neuroses and mental illnesses. “Dear God in heaven, will you people PLEASE up the beats-per-minute?! It’s like you’re under water!! I’m about to crawl out of my freaking skin!” I was bitching about drug stores on Twitter a few weeks ago, and somebody said Henry Rollins feels the same way. I had no idea what this person was on about, but subsequently found this video. He pretty much nails it, although I yearn for it to be a bit funnier. Oh well.

So, those are the three that jump immediately to my mind. I know Wal-Mart is a common answer to this question, but I don’t know… It doesn’t fall into the same category for me. At least there’s some life inside a Wal-Mart. Sure, it’s 65% trashiness, but it’s not sloooooow and sad and soul-sucking. Ya know? There’s always the buzzcut hicklets to complain about, and the big mamas wearing Flashdance shirts screaming down the aisles in their terrifying cigarette and whiskey rattles. That beats TJ Maxx any day.

Now, for a few things I’ve recently enjoyed or are currently enjoying…

The Americans  I watched the first three seasons on Amazon Prime, in roughly two weeks. One night I watched five episodes in one sitting. My ass was on the verge of becoming one with the fabric of our living room chair. Now I’ve switched over to Comcast On Demand, and watching the current season. I’m up to date on it, watching it week-to-week at this point. Terrific show! Love it.

The Tower Records documentary  Steve gave me a copy of this movie, and I enjoyed it a great deal. It was made by Tom Hanks’ son, Colin, and is full of great stories and tons of interesting information I didn’t previously know. I spent roughly a million, possibly six million, hours inside various record stores during my life, including several Tower locations. So, I certainly have a soft spot for that kind of thing, and this film captures the excitement of it all. Also, there’s a segment near the end that almost brought me tears, if you can dig it. I was certain I was dead inside, but I guess the degradation isn’t complete yet.

The Replacements book  If you’re a fan of the band, or even just the general 1980s underground music scene, I can’t recommend this book highly enough. The author spent six or seven years working on it, and had the cooperation of two of the most uncooperative mofos in all of rock: Tommy Stinson and Paul Westerberg, the two main Replacements. It’s lengthy, over 500 pages, and highly entertaining. I say read it!

I have some other stuff, but I’m all out of time. I’ll just let you guys take it from here. Use the comments section to tell us about the places of business that depress you, and the stuff you’re actually enjoying.