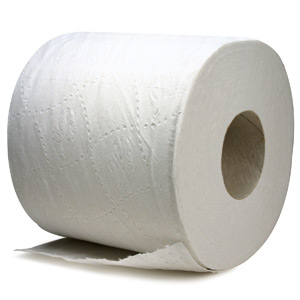 On Saturday night I had a dream in which I accepted the job of writing a book for young children, on the subject of wiping.  I did it strictly for the money, and it somehow became the most popular thing I’d ever written, by far.  A runaway bestseller…

The publisher was ecstatic, and pushed me to write several more books on the subject, and they flew off the shelves, as well.  And suddenly I was being booked on cable television shows, and becoming known as “the wiping guy.”  I was now an expert on the topic of toddler crack residue, and the removal thereof.  Eventually I graduated from cable shows, to Oprah and other elite outlets.

But I hated every minute of it.  I never asked for any of this… I wanted to free myself from my wiping prison, but the money was so fantastic I couldn’t let it go.  I felt like a whore, traveling the country and doing personal appearances in front of mothers and pansy-ass dads.  I hated my life, even though I was now extremely wealthy and world famous.

And then Andy started barking downstairs, and I jerked back into the real world.  Then I grabbed my notebook and wrote:  Idea for novel…  A man trapped in a self-made hell of popular ass-wiping books.

Are there any armchair psychologists out there who’d like to try to analyze that one? Good god.

On Saturday afternoon Toney and I stopped at Wegmans for some stuff we needed for dinner, and a six-pack of the suddenly-rare Dogfish Head 60 Minute IPA.  And the place was complete pandemonium.

It felt like a Moroccan street fair in that place, just wall to wall people.  It was loud and crowded, and it seemed as if every fifth person was riding one of those battery-powered mobility scooters with a large shopping basket mounted to the front.

“Can’t anyone walk anymore?!” I whisper-hollered to Toney.  “Holy shit, look around.  Look at all these people shopping from a seated position.  What’s next, one of those rolling Monkees beds?”  But she just shrugged her shoulders and gave me the international sign for “What are you gonna do?”

And a few minutes later we were waiting in line to pay, and there was a riding cart in front of us with the president of the Class of 1927 aboard, and another came up from behind and rammed me in the ass.  I turned around and an enormous woman was piled up on the apparatus, throwing a great strain on the motor, and she didn’t apologize or anything.  She’d crashed that steel cage into my left butt cheek, and didn’t even acknowledge that it had happened.

As you can imagine, I “monologued” all the way home, and by evening my lower back was hurting.  I don’t think the woman hit me hard enough to cause any damage, it was more of an annoyance than anything.  But I was in pretty significant pain all Saturday evening, and Sunday morning.  Maybe it was instant karma for me grouching about all the mobility scooters?  Or perhaps that meat mountain threw one of my discs out of alignment?

I hope everyone in North Carolina and Virginia, and anywhere else affected by the weekend tornadoes, is OK.  Sweet sainted mother of Bobby Buntrock!  If you were anywhere near that mayhem, please tell us about it in the comments.

Also, I’d like to know about the times you have been really, really scared.

When I was a kid there was a tornado near Myrtle Beach, where we were camping, and it scared me almost to the point of paralysis.  I was young, but I’ll never forget it.  The air was freakishly still and the sky was a really weird color.  There was just a general feeling of menace.  Then all hell broke loose.

That might be the most frightened I’ve ever been, but it turned out OK.  Our awning ripped off our camper, while my parents were trying to take it down, and probably landed in Georgia.  And some trailers tipped over, but it wasn’t anything like what happened this past weekend.  I’m not sure my heart could’ve handled that scene.

Tornadoes scare the crap out of me, even though I’ve never really seen one.

I was also tremendously scared both times I encountered guns in a retail setting.  Call me crazy, but I don’t much care for a firearm being pointed at me by a shaking, crazed hick.  I’m simply not a fan.

When I was working at Fas-Chek a group of guys in ski masks busted in with shotguns, and stole a large amount of money from the safe.  They used to cash payroll checks in that store, and the thieves knew exactly when to strike (Thursday evening), and got away with many thousands of dollars.

They made the cashiers lie face-down on the floor, and I thought they were going to start blasting.  I was in the backroom, with some other stockers, and we were terrified.  One of the thieves was walking around the store – with his shotgun – kicking open doors and looking around inside the rooms off the meat department, the deli, the produce section, etc.

We went way back into the overstock part of the backroom and hid, waiting for the horrible gun blasts to start.  It was awful, but nobody was hurt.  They just took the money, and left.  And everyone went into the bathrooms, threw their underwear into the trash, and continued on with the evening.

And I’ve told the story about the guy who was blasting Rush through shitty car speakers, outside the convenience store where I was working.  It was so loud the windows were shaking, and it was tinny and cheap-sounding.  The driver came strutting into the store, massively drunk, and my co-worker told him to “turn that shit down.”

The dude started hollering a bunch of high-pitched hillbilly belligerence, went back to his car, and tore-ass out of the parking lot.  We thought it was hilarious.  But the laughter suddenly stopped when the idiot returned, about ten minutes later, with a gun.

He was shaking and saying “motherfucker” a lot, and pointing a silver pistol at us.  Hoooly shit.  I was convinced it was all going to end, right there, because we’d insulted some Old Milwaukee’d-up idiot’s car stereo.

But we talked him down somehow, and he finally left without delivering retribution for our high crimes.  Scary stuff…  That guy was wild-eyed, and crazy.  It felt like anything was possible at the height of it, and some really bad stuff was probable.

Now it’s your turn.  When have you been really, really scared?  Tell us about it, won’t you?  Use the comments link below.