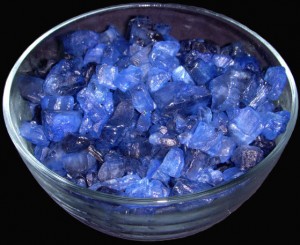 I need some downtime, but it is being denied.  I worked on Friday until about 6 pm, and returned at the horrifyingly early hour of 7:30 the next morning. Both are designed to be days off, but were they?  No, they were not.

Since I have such a long commute, and need to eeeease into the day, I had to drag my riffled ass out of the sheets at 5 am on Saturday. And my system simply isn’t wired for such things. I almost literally never see the hours between 4 and 8 in the morning.

And I don’t care how long I sleep in anticipation of the terribleness, if I’m forced to wake up during that period of time, that dead zone, it nearly destroys me. On Saturday afternoon, after the coffee and pastry buzz wore off, I felt almost vomitous.  And as I was driving home, my car was weaving like I’d just left Penny Till U Pee night at the Bloop ‘Em Down Tavern.

We went for a late Chinese lunch, and I barely remember any of it.  I’m pretty sure I had cashew chicken, but that’s only because a large nut fragment dropped out of one of my molars on Sunday.

After polishing off our numbered meals (it doesn’t matter which one you order, they all end up as #2 eventually), we walked around the park. And it was a beautiful fall day… Here are some pics I snapped.

Bourbon season is most definitely in the air!

After the Secrets went to bed Toney and I watched Life on Mars, and I thought it was OK.  I was hoping for something a little better than OK, but didn’t get it. Oh well. I’ll give it a couple more weeks, and assess the situation.

Then I tried to watch the next episode of John Adams, and fell asleep.  It was my second attempt at watching that particular installment, and blacked-out both times. I’ll try it again next weekend, and hopefully my head won’t start whipping around on my shoulders.  Because involuntary head-whipping is leading to a state of Netflix disarray…

Toney let me sleep on Saturday night/Sunday morning, and I stayed konked-out for more than eleven hours. That’s almost double the norm, and it was excellent. I felt great the next day, and was talking everyone down to a smoldering nub.  I bet she’ll think twice before allowing me to become fully rested again…

Then I went back to work, and started the cycle all over again.  Simply excellent.

But the weird thing… When I woke up on Sunday I had Too Much Joy’s version of LL Cool J’s “That’s a Lie” stuck in my head. WTS?  I probably hadn’t heard that song in five years. How does some obscure tune from the distant past suddenly pop into your mind? My brain must’ve been throwing up some crazy-ass flares.

And speaking of work, they brought in a bank of slushy machines last week, and set ’em up in the break room. They had four different flavors, and we were told to help ourselves.

One was called orange dreamsicle, and that sounded good. I thought it would taste like those orange push-ups we used to buy off the ice cream truck (the Humdinger) as kids. But it was all coconutted-up, for some reason. I don’t know if somebody didn’t clean something properly, or what.  But it tasted like a liquefied Almond Joy.

So I tossed it into the garbage, and went back for a blue raspberry. And man, that hit the freakin’ spot.

Throughout the ten-hour shift I downed at least four cups of that stuff, possibly five. And I don’t want to get too graphic, but the next day I did a full bathroom double-take. I’d never seen anything quite like it, and I’ve seen a lot. It was like something used to decorate aquariums.

Yes, it was quite disconcerting. I have very little experience with, you know, the novelty colors. Have you ever had anything like that happen to you? For some reason I’d like to know about it.

My parents are in Myrtle Beach, and have somehow been given the responsibility of taking care of an elderly man who keeps falling down. He’s an old friend: my folks have known him for years. But his kids live in other states, and have asked my parents to look after the old guy while they’re in town.

I don’t think I’d care for it, but my mother doesn’t understand my feelings on the subject. I mean, isn’t that a lot to ask of people you barely know?  I think it’s fairly incredible, but it didn’t seem to even occur to my parents.

Anyway, the old guy has to be careful when he takes a shower, because he’s prone to doing headers into walls, and whatnot. So my Mom was giving him a stern talking-to (I know those lectures well), before he went into the bathroom.

And the man, in a disgusted voice, finally said, “Ahh, to hell with it! I’ll just take a whore’s bath.”

What does that mean??  I’ve never heard that phrase in all my life, and neither have my folks.  Are you familiar with it? Help us out with a definition, won’t you?

And what other sayings have you heard people use, that completely baffle you?  My Dad has lots of down-homisms, but they’re almost always decipherable. Have you ever heard an elderly person (or anyone for that matter) use a phrase that you just can’t figure out? If so, tell us about it in the comments.

And I’ll leave you now with a whole mess of new Smoking Fish sightings. Right here. Thanks folks, and keep ’em coming!