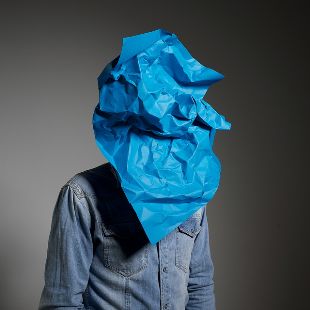 I had an appointment with an insurance guy yesterday afternoon, in an unfamiliar but nearby town.  I figured I’d better plan accordingly, ‘cause I don’t do well with directions.  Here’s how it usually goes:

And then it goes downhill from there.  So, I just try to get the address, and use MapQuest or the press-on Garmin.  Yesterday I decided to go the MapQuest route, since I’d be going to work afterward, and didn’t want to leave the GPS inside my car in 5 degree weather.

It was tactical error.  I never made it to the insurance office, and was also late for work.  Because, you see, I followed the directions I’d printed out, and they were shit.  I did everything it said, and ended up – as best as I could tell – in 1949.  I have no idea where I was, or WHEN I was.

I called the guy and told him I was aborting the mission, and would try it again on Thursday – with the GPS.  And it took me straight to their front door.  There were roughly 25 turns, but it ended well.  I love the Garmin, and have grown to distrust MapQuest.  We’ve had multiple problems with it.  It used to be good, I think, but not anymore.

I like Google Maps on my phone, but it doesn’t automatically refresh.  So, it’s not easy to use while driving.  It was perfect in New York City, when I was hoofing it, but not so much alone in a car.  Ya know?

Pittston seemed kinda cool, though.  I felt like Amberson, the time-traveler in Stephen King’s new novel.  I thought about stopping at a drug store soda fountain, for a mug of preservative-free root beer and some casual chit-chat about the red menace.  But I’m a very busy man.

And speaking of my job… Starting on Saturday I’ll be working twelve 10-hour days in a row.  I know it’s not exactly the Tour de France (go, One-Ball, go!!), but it’ll be a challenge for me.  I’ve worked seven in a row before, and by the end I was like something out of Re-Animator.  Maybe there’s a second-wind around Day 8?  We’ll see.

It’s not going to be much fun, but I have an opportunity to double my regular two-week pay, and I’m taking it.  At the end I’ll probably be pasty and twitchy, but what does it matter?  People already avoid me, so who cares if I turn into Janet Reno for a few days?

This past weekend I went to one of the local car wash tunnels, and purchased their super-deluxe service, at the very top of the menu.  Toney told me I was crazy, but I wanted the whole enchilada – with hot wax and Rain-X and everything they offered.

And it was great.  We were inside the tunnel for what must have been ten minutes, and all manner of shite was sprayed on my car, then blasted away.  When we emerged at the other end, the hood was like a mirror and everything smelled all soapy and clean.

Then it started raining.  It was a clear, sunny day – with a sudden downpour in the middle of it.  What the hell, man?  And on Sunday all the roads were heavily salted and brined-up, in anticipation of snow.  Now my car looks like hell again.  But it was a thing of beauty for four to seven minutes…  You’ll have to take my word on it, but it’s true.

Earlier the same day, before visiting the Tunnel of Broken Dreams, I went to Staples to buy a flash drive.  They advertised an 8 gigabyte model, for $9.99.

I looked around the store, but couldn’t find it.  All the ones on the shelf were 32 or 64 gigs, for a ridiculous amount of money.  Or, they were at the other end of the spectrum, and shaped like skateboards or whatever.

I spotted an employee, and approached him.

And here’s where it went wrong.  I was fully prepared to buy, but this dude pissed me off.  And it cost the Staples Corporation upwards of 12 cents profit.  If not more.

Instead of taking me to the item, you see, or even pointing me in the general direction, he said, “How many do you want?” I asked if they had any, and he went Mr. Retail on me, and tried to be clever.

Instantly I was irritated, but gave him the benefit of the doubt.  “You still have some in stock?” I asked.

“How many would you like to buy?” he answered, without taking a step in any direction.  And that was too much to handle  This dude fancied himself the master shopkeeper, and was trying to use some kind of boolshit seminar mind-trick on me.  I told him to forget it.

“I can take you to them,” he offered.  But he was talking to my back at that point.  I have a low tolerance for nonsense, and Staples is now in the penalty box for three months.  I’ll give them another chance starting on April 1.

I went home and bought this flash drive, from Amazon.  Free shipping… and no clever asshole in a Polo shirt.  Yeah, those kinds of places always whine because online stores are taking their business.  Ha!  In three months we’ll reassess.

And you know how you sometimes get to the bottom of a cup of coffee, and do the extended finish-tilt?  But you underestimate how much liquid remains, and realize too late that you’ve taken on more than you can handle?  Well, that just happened to me, and there’s a big stinky circle of java on the carpet to my right.  Most of it came out of my mouth, but a small percentage rocketed from my nose and tear ducts.

How long does stale coffee stench remain?  Will it be gone by tomorrow?  I don’t care for it.  I’ve sopped up as much as possible, but there’s still a coffee ghost hanging around in here.  I could spray some Febreze on it, but I’d rather just smell the regurgitation.  Blecch.

And I don’t really have a Question today.  I guess we can go with something completely off the wall.  Like, do you have any scars?  You know, like in that boozy scene in Jaws?  I don’t have any, except a small one on the pointer finger of my left hand.  I cut it with a piece of wire when I was a kid, and it was no big deal.  But for some reason it left a scar.  What about you?  Use the comments link below.

Or, just go with something else.  It doesn’t matter.  Clearly, I didn’t think this one through…

I’ll be back on Sunday or Monday, my friends.  Have a great weekend.  And thanks for visiting the site!  I sincerely appreciate the continued support.