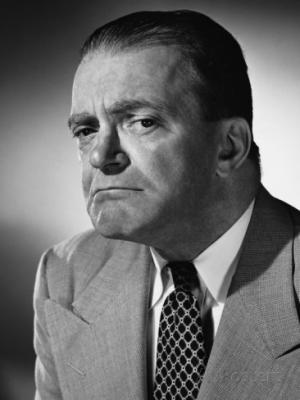 Hello Surf Reporters! Today I’m going to interrupt the sporadic, questionable, and inconsistent “comedy,” and bring you up to date on a few things: behind the scenes kinda shit.

First of all… I don’t do this as much as I used to do, mostly because it makes me sad. But if you ever felt the urge to contribute to the Surf Report fund, today would be a perfect day to indulge your urges.

I appreciate your support, in any way you offer it. But the cash way actually helps me pay the bills. I make a little money from the site in November and December, because of Christmas shopping at Amazon. But other than that… it’s minimal. So, if you’d like to contribute to the “beer fund” (only a small percentage — no more than 75 — actually goes toward beer), please do so. I’ll be forever grateful.

Here’s your link. Thank you guys, and sorry to get all NPR on you. But the site costs money to maintain, and I’m not exactly Ted Turner over here. A few things are starting to fall through the cracks.

And the t-shirts… It’s been a disaster, which I could honestly lay at the sandal-feet of the hippie motherfuckers I was dealing with. At least for a while. I had three different people say they could make the shirts for me, and eventually backed-out. This ordeal dragged out for months, and spawned many sleepless nights, not to mention loose stools.

It’s the bar scene shirt that’s the problem, with the fish smoking a cig and drinking a beer. As it turns out, it’s super-complicated, and nobody wants to touch it. I shouldn’t have chosen that design, but had no idea. It was a rookie mistake.

Anyway, it’s gotten to the point where it’s no longer the hippies’ fault. It’s mine. The whole thing was stressing me out so much, I shut down. I didn’t even want to deal with it. I work all the time, have crap coming at me from every direction, and trying to navigate a world of flaky Wavy Gravys was the last thing I wanted to do. So, I just didn’t deal with it.

I’m sorry about that; it’s inexcusable. But the black shirts are done, and are really nice. The same place swears they can do the complicated one, and will be starting on them soon. I will send both out to you guys ASAP, and will never wade into the murky t-shirt waters again.

Finally… I had a few setbacks with the book project, and everything is currently on hold. I don’t want to talk too much about it, because there’s still a tiny glimmer of hope. But, in a nutshell, my agent sent the manuscript to several publishers, and we had no offers. A few of them had nice things to say about it, but didn’t bust out the check book.

It was a disappointment. I’d been working on it, off and on, for a couple of years. Plus, I’d never gotten so far into the process before, and was excited. But, it goes with the territory. Rejection is a HUGE part of writing.

The project isn’t totally dead, unless I decide to pull the plug. Jenny, my agent, tells me it’s salvageable and I shouldn’t give up. But, I’m discouraged. Over the next few weeks I’ll have to make a decision. It might be time to move on to the next thing.

And speaking of that… this summer there will be a gigantic change coming to our little world here. A few of you won’t like it at first, but I’m convinced it’ll be a positive, in the long run.

It’s no secret I’m not as engaged as I used to be, and that bugs me. This past Sunday I sat down with my laptop, and wrote an update the way I used to do it. I spent a couple of hours on the thing, and was laughing to myself as I wrote. It felt like old times, and made me realize how far adrift I am.

I’ve been toying with a few ideas over the past year or so… and Sunday convinced me it’s time to implement the most radical of them. So, stay tuned for that. You guys will be the first to know, once I’m ready to go with it.

Thanks for your indulgence today. Once again, here’s the Beer Fund link. And I’m not working tomorrow, so I’ll post a real update Friday afternoon. This thing will only be at the top of the page for a few hours.

In the meantime, what’s going on in your worlds? Anything new to report? Please bring us up to date in the comments section below.