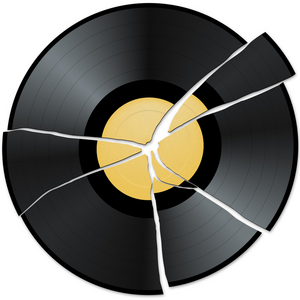 I hope you guys will bear with me for a few days.  I need to promote the book, and it’ll probably be all I write about until early next week.  But we’ll get back to the normal ridiculousness soon, very soon.

As I mentioned yesterday, Crossroads Road is now available for purchase in the following places:

Tomorrow (Friday) I’m going to have a page where you guys can pre-order signed copies of the trade paperback.  They’re going to be $20, shipping included.  It’s only two dollars more than what it will cost at Amazon, with their $3.99 shipping tacked on.  I think it’s a fair price.

If you don’t want or need a signed copy, that’s cool.  You’ll be able to buy the regular book at Amazon soon.  Depending on how the proof copy looks, it could be available as early as Monday.

As some of you know, and a few of you might remember, I used to work in the music industry.  For ten years I was employed by WEA, which was the biggest record company in the world at the time, followed by seven years with Warner Home Video, a sister company closely tied with WEA.

When I started, in January of 1990, the music biz was rockin’.  Hit albums sold in the tens of millions, the labels were flush with cash, there were outrageous company-financed parties and events almost weekly, and many of the label big-shots were as eccentric and over-the-top as they were portrayed in movies from the ’70 and ’80s.

It was fun as hell.  The first six years (the Atlanta era) was the best time I ever had at a job.  I liked being at work more than being at home, if you can believe it.

Then technology changed everything.  Everybody was on computers, all of a sudden, and Napster came along.  People were now sharing music, and downloading stuff for free.  And, after a year or so, the industry started to notice a softening in their sales.

And that’s when they screwed up, in my opinion.  Instead of embracing this new reality, they attacked it.  They went after Napster, and the Napster imitators.  And, even worse, they filed lawsuits against some of the individual downloaders.

Instead of protecting the status quo, I think they should have dropped the prices of their CDs, and offered legitimate downloads for an even lower cost.  If they’d done that, the public wouldn’t have turned on them, and said, “Screw you!”  The music labels essentially gave the public a green light to feel resentful, and to justify illegal downloads in their minds.

And once they’d thoroughly alienated everyone, their fate was sealed.  I was eventually laid-off, and nearly all of my co-workers are doing other things as well.

I believe the publishing industry is going through a very similar transition.  eBooks will soon be the dominant medium, I believe, and all the old rules will need to be thrown in the garbage.  I always said downloads should be legit and cheap, when it came to music, and feel the same way about books.

Just because we’re used to paying fifteen or twenty dollars for a novel doesn’t mean that’s the way it’s going to be in the future.  So, I’m practicing what I preach.

eBooks priced below five dollars is the way forward, I believe.  The big publishers will hold out as long as they can, but they’ll eventually be there, too.

As for the physical paperback…  I don’t have much choice.  It costs a lot to print and ship, so I have to price it at a normal level.  If I could make it cheaper, and still realize a small profit, I’d do it.  As it stands, I’ll make roughly the same amount for a download as a real book purchased through Amazon.

I’ll be back tomorrow with ordering instructions for the hand-signed copies of the trade paperback.  I’ll take orders for a week, buy a case of Yuengling, and start signing.

One last request:  if you bought the eBook, and have finished it already (it took two years for me to finish the damn thing, and some of you are already done with it!?), please consider leaving an honest review at Amazon and/or BN.com.  It doesn’t have to be lengthy or poetic, or anything…  I’d be much obliged.