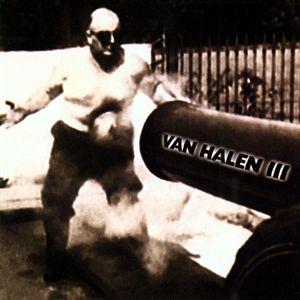 About 6 or 7 years ago, I met Jeff Kay when National Lampoon approached us to work on a book together. The book never got off the ground, but in the time since I’ve come to know Jeff through the WVSR, as well as in the “real world.” We all adopt personas when we go online, and Jeff is no different. But what many of his readers don’t realize is that his online persona is so unlike who he really is, that you simply wouldn’t recognize the man if you met him on the street. Here are just a few notable examples:

Jeff Kay loves abbreviations. It’s never a conversation. It’s a sation. They’re not appetizers. They’re tizers. The worst thing is that these aren’t even the standard idiotic abbreviations that every insufferable prick with a popped collar tosses around. They’re his own creations, so he has to explain himself more often than not, which pretty much defeats the purpose of abbreviating in the first place.

Jeff cannot find West Virginia on a map. This isn’t because of the notoriously bad West Virginia public school system. It’s because he’s never been there. Jeff was born and raised in the Cayman Islands, where his family hides its considerable fortune. Jeff’s father is the man responsible for many of the disgusting products Jeff shills via his Further Evidence links. If you’ve ever clicked through and purchased some Japanese armpit hair or an embroidered dildo cozy, you’re just tossing a few more nickels into the Kays’ considerable coffers. The one time Jeff did consider visiting West Virginia was when he, and I quote, “wanted to bait a snare with a bag of meth and catch a hillbilly that we can pay in Mountain Dew to mow the lawn.” His words. Not mine.

Jeff Kay named his fists. He calls the right one Remington and the left one Pennington. Whenever he enters a bar, he holds them up and proclaims, “Any of you jokers crack wise, and you’ll be having a little sation with Mr. Remington and Mr. Pennington here.” He’ll proceed to make the fists talk for themselves, a pathetic bit of ventriloquism where they say things like “exactamundo fellas” and “you heard the boss” in a bizarre combination of a British accent and a Jimmy Durante impression.

Jeff Kay stole the phrase Sweet Sainted Mother of Blanket Jackson. That’s right. Though he was the first to write it down, Jeff wasn’t the first to say it. That honor goes to Michael Jackson himself. During a 2001 Yuengling-fueled bender, Jeff found himself in a game of William Tell with MJ and Corey Feldman at the Neverland Ranch. Corey had an apple on his head, when Jeff had the genius idea to put the pistol down and increase the odds with a shotgun. Corey hit the deck just as Jeff blew a pumpkin size hole in the wall. Behind the wall, in a room full of gibbons and pinwheels, Macauley Culkin was making love to the future mother of Blanket Jackson. Michael’s exclamation basically wrote itself. As for all the other Kayisms, they’re similarly stolen from androgynous pop stars (Prince, David Bowie, Lemmy). The only one that he can truly claim as his own is the vaguely vulgar and rarely appropriate: “That’s what you get for lickin’ a Necco Wafer.”

Jeff Kay prefers Cherone-era Van Halen. He not only prefers it to Roth-era and Hagar-era Van Halen, but to Lennon/McCartney-era Beatles and to 1950s-2010s-era sounds in general. If you ever pull up alongside Jeff’s PT Cruiser at a stoplight, chances are you’ll find him singing along to “Without You.” Don’t make eye contact. He’ll probably yank you from your car and insist on doing some moronic back-to-back air-guitar, while the traffic builds up and the horns start blaring. And no, the noise won’t bother him in the slightest. His head will be tipped back in ecstasy as he shouts, “bring us home Eddie, bring us home!”

Jeff Kay doesn’t ever tell you the name of his kids because they don’t have names. Afraid of subjecting gender roles onto his children, Jeff decided they should be known as Sperm #3,056,776 and Sperm #12,914,639. It made for a miserable time in the schoolyard, where the other children used to mock their pageboy haircuts and their oversize muumuus that Jeff made them wear to hide the curves of their bodies. The one consolation is that ever since the kids set fire to the janitor’s broom closet, home-schooling has become a legal necessity.

Aaron Starmer is the author of the just-released novel, The Only Ones, published by Delacorte. Connect with Aaron at his website, and at Twitter. And, for the love of all that’s holy, buy his book! You can thank me later.