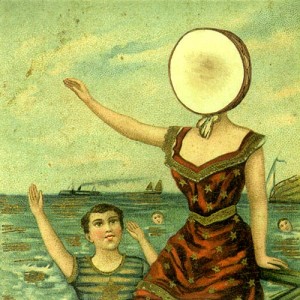 Toney went to the grocery store before I even climbed out of bed, and was spinning fantastic tales of teeming crowds and impossible traffic upon her return.  I’d wanted to go to Border’s books today, mostly to get out of the house, but also to look for a Bentley Little novel or two.

I’ve been known to take such proclamations as a challenge, but something in her voice, and the rate of profanity being used in the horror stories, told me I’d be wise to heed her warning.

But, what were we going to do?  Stay home all day – again?!  It’s nice as an occasional novelty, but I’m not wired for such things on a regular basis.  I’d lose my mind if I didn’t at least get out for an hour or two.  The walls were closing in on me, maaan.

“We can’t eat every meal in a restaurant, like Woody Allen,” Toney said.

“Not every meal, just the next one,” I answered.

So, we ended up going to Bennigan’s, which is nowhere near the mall.  I had the American burger (damn right!) and it was excellent.  That place is wildly inconsistent, but I hit the jackpot on Friday.  ‘Cause the shit was good.

And even though it was the only time I was outside the house all day, it was enough.  When we got home the mild panic I’d been feeling was gone, and I was able to embrace another afternoon of fat-pants sloth.

I finished a super-secret update for VIPs, sent out the email, spent some of my birfday money at Amazon (I bought all eleven 2 for $10 CDs I’d been eyeing), and also used up some of my preliminary downloads at the excruciatingly hip eMusic.

So, on the same day I ordered both Billy Joel, The Stranger, and In the Aeroplane Over the Sea by Neutral Milk Hotel.  And how’s that for diversity?

At eMusic I also picked up the Bon Iver album, and the new solo record by Glenn Mercer, from the late, great Feelies.  Oh yeah.

We had homemade beef stew for dinner, enjoyed a little bourbon afterwards, then drank a few Sierra Nevadas while polishing off the last two episodes of Mad Men season one.  And here’s my in-depth review of that show:  good, not great.  Am I wrong about it?

No way I was staying inside for a third day, it was simply out of the question.  The Secrets were lobbying for Chinese food for lunch, and Toney tried to resist.  But it sounded mighty good to me too, so she threw up her hands in defeat.

“After this meal,” I assured her.

So we had, as my Dad derisively calls it, fish heads and rice, then went to Border’s, finally.  There I bought The Academy, the new one by Bentley Little, a copy of The Black Dahlia for $2.99 off the bargain table, and a book about the Beatles for the Secrets.

Somebody in the comments recommended The Return, and I was thinking about buying it as well.  But the only copy they had on their shelves looked like someone had swallowed it whole, then shit it out.  So, I opted to hold off.

I also noticed an expensive coffee table book about the Clash, and could actually feel Joe Strummer spinning in his grave.  And they had an interesting book of posters reproduced from old issues of Mad magazine.  But I flipped through it, and saw nothing I can’t live without.

Sunday would be my birthday, and also the kick-off of another work week.  So, Toney suggested we return to the bar at Cooper’s on Saturday, for a couple of celebratory snob-beers.  Needless to say, I agreed without hesitation.

So, on our way home we stopped at Blockbuster (I hadn’t been inside that place in a year), and told the boys to pick a movie to watch while we were out.  They went with Drillbit Taylor (who the hell knows?), and Toney and I left for our allotted two beers each.

And here’s the current lineup of drafts at Cooper’s.  I started with a Victory Hop Devil on the hand-pump, then a Corsendock Abbey Pale Ale.  The latter was served to me in something along the lines of a martini glass, and wasn’t nearly as tasty as the former.

We checked on the boys a couple of times, and they were doing fine, so I suggested we stop at another bar near our house, for “one more.”  There I had a Guinness, and Toney chose a Sierra Nevada.

It was fun.  For years Toney and I couldn’t go places alone, unless someone trustworthy was visiting and could watch the kids.  Only recently have we been able to sneak away on Saturdays, and it’s almost like the Atlanta years, concentrated down to one-hour clumps.

After dinner we played Nickelodeon Scene It with the Secrets, and I know way too much about that stuff.  I’m no expert, but am pretty damn close.  It’s been seeping into my brain, almost non-stop, for almost thirteen years now.  Oh, I know me some Nickelodeon.

And after everyone called it a night, I stayed up and watched 24: Redemption off the DVR.  Again:  good, not great.  Any opinions on that one?  I liked that they took the action out of L.A., and it had its moments.  But not enough of ’em, I think.  Agree, or disagree?

Sunday‘s not really worth documenting, because nothing happened, then I went to work.  I turned 46 that day, which concerns me.  Forty-six!?  How did it happen so quickly?  Holy shit on a handrail!!  And just as every one of my teachers told my mother, I’m still tragically immature and not living up to my potential.

But there’s something to be said for consistency, right?

Yep, that was the weekend, in two scoops.  Tomorrow I’ll tell you about the best $10 I’ve spent lately, my pending return to the classroom, and a conversation with the T-Shirt Lady.

And this time I won’t make any 3 am promises, that can so easily be derailed (as Phil Hendrie might put it) by skull-hammering doucheness.