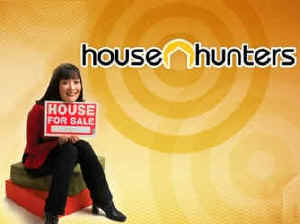 Toney and I recently watched one of the most obnoxious episodes of House Hunters we’ve ever seen.  Do you watch this show?  It’s where a couple (usually a couple) tours three houses or condos, and decides which one to buy at the end.  We’ve been watching it for years; it’s a good placeholder for times when there’s nothing “good” to watch.

Anyway, this particular couple lived in Atlanta, and were in their mid-20s, I’d guess.  They were young, but infused with two or three lifetimes-worth of entitlement.  They wanted absolute perfection, and were incredibly judgmental about the most insignificant boolshit.  Both of us were involuntarily yelling at the TV in outrage.

These two insufferables strolled through super-expensive homes constantly on high alert for some infraction against their yuppie-fried code of acceptable living.  “Oh, I can see the neighbor’s house through this window,” they kept whining.  Yeah, no shit.  It’s a neighborhood, you pretentious cock.  There are other houses out there.  Wow!

And they acted like they were in the know, and kept talking about the “flow” of the floor plan, and how the windows let in the right amount of sunlight, etc.  Like they knew something about it.  Both also grossly overused the word “space,” which made me grind my teeth.  “Oh, this is a wonderful grilling space!” one of them said.  Grilling space?  It’s a patio!  Sheesh.  I found myself laying a death-grip on a couch cushion.

I’m surprised one of them didn’t complain about the lack of natural light and awkward configuration of the upstairs defecation space.

On top of their highly-entitled obnoxiousness, they also trotted out many of the traditional House Hunters cliches.  The guy kept talking about plasma-screen TVs and his “man cave,” where he’ll be able to watch “the game.”  And when they were shown a gigantic walk-in closet, the woman said to her husband, “Yeah, this will be big enough to hold all my stuff.  Where are you going to put yours?”

And what’s the deal with the entire world, all of a sudden, being obsessed (obsessed!) with having two sinks in every bathroom?  Can you imagine someone living in a Haitian slum, or wherever, watching these assholes declaring it a “deal-breaker” if the master bath doesn’t have double vanities?

By the time it was over Toney and I were hoping for improbable things to happen, that would lead to the couple’s demise.  Like the air being pierced by assassins’ bullets, and whatnot.  Toney seemed to lean more toward a fire-themed solution, but I liked the idea of instant death by sniper.

Incredible.  It’s been several days since we watched that episode, and my hatred for those two hasn’t faded one bit.  Horrible, horrible people….

Do you watch the show?  What are some of the other cliches?  There are a bunch of ’em, and I bet we could come up with a great House Hunters drinking game.  Help me out, won’t you?  Use the comments link below.

Also, what other cable shows do you use as a placeholder, for times when there’s nothing “good” on TV?  Toney and the boys watch Ghost Adventures, but I can’t stand that main guy.  I’m always hoping he’ll be taunting a spirit, and a fork will come flying out of the darkness and stick in his neck.  Is that wrong?

Hey, if you wanna create a Ghost Adventures drinking game too, that’s cool with me.  Have at it.

And I’m going to work now, for the final day of the week.  How great is that?  Tuesday is my last day.  Oh yeah.