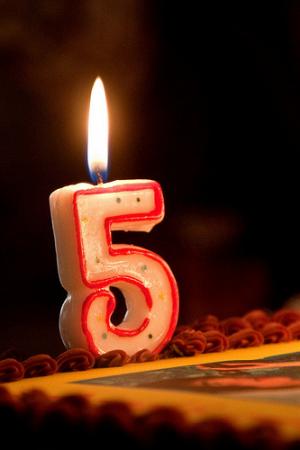 I was listening to Adam Carolla’s podcast a couple of nights ago, and he said something I believe is true, but had never articulated inside my beleaguered brain as clearly as he did. Nick Offerman was the guest, and the two of them were talking about the importance of living a balanced life. Meaning: there should be something you’re passionate about, other than work and family.

I agree with them, and you’re looking at my outside o’ work passion. I’ve had some kind of ridiculous creative project going, since I was a teenager. Zine publishing… this website… the books… If I ever stopped doing that stuff, I’d lose my mind — and that’s not hyperbole. I’d literally lose it.

I know this, because I gave up my zine and quit writing for a few years, so I could focus on climbing the corporate ladder. This was during the early Atlanta days, after I’d landed what felt like my dream job. And when I got home in the evenings I was a basket case, wanting to climb out of my skin. I drove my girlfriend crazy, pacing around our apartment, tapping my feet all the time, sighing and staring out the window.

That sounds a little pretentious, I know. Like I believe I’m some great artist who just can’t hold back the tidal wave of creativity. But that ain’t it. I just needed some sort of outlet, other than beer, where I could refocus and use a different part of my brain or soul, or something. It could’ve been anything: bowling, Irish stepdancing, genital origami.

I know all this to be true, because I’ve lived it. But that’s not the part of the conversation that made my ears perk up. The two of them were talking about college, and both agreed it’s not the right path for everyone. But those years — ages 18 through 22 — are super-important, regardless.

Adam said the college years, no matter if you go to college or not, are either highly productive and put you on a path to a fulfilling life, or a complete waste that throws you down a hole that’s difficult to escape. I’d never zeroed in on those specific years before, but I think he’s right. The traditional college age is the first time most people are forced to make a Big Decision. And the way its handled is a pretty good indicator of things to come.

Yeah, and I took a pass. The Big Decision was too unpleasant for me to handle, so I opted for Elvis Costello records and Rolling Rock longnecks. And, like Adam said, I found myself at 22 down a dark hole. I ended up fleeing West Virginia in a fit of desperation, and didn’t get my shit together until I was in my early 30s. And even that’s debatable.

Decisions I made during the Reagan Administration haunt me to this day. The “college years.” Our oldest son is getting ready to enter that zone, and I’m going to do everything I can to help him through it. But most of it’s up to him. Parents, for the first time, are secondary. And that’s probably why it’s so indicative of future events.

What did you do with your so-called college years? Squander ’em on Van Halen, sex in cars, and Miller High Life like I did? Or were you somehow able to get it together? If so, I salute you. Also, do you think there are a more important five years in a person’s life, than 18 through 22? Give us your thoughts on this mumbo jumbo, in the comments section below.

And I’m going to work now, on my day off. See? Further consequences of bad decisions I made as a youngster. Oh well.