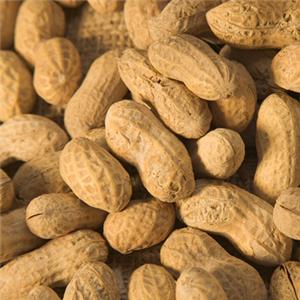 I was talking to a guy at work a few days ago, and he told me he’s allergic to sweet potatoes.  No, he didn’t just blurt this information out during a conversation about football or the final season of LOST; I think we were killing time on a semi-related subject at the time.

But isn’t that kind of strange?  Have you ever heard of a person being allergic to something from the tater family?  I haven’t.

And it got me to thinking about food allergies…  It seems like everybody’s allergic to some sort of food, and I’m feeling a bit left-out.  I got nothing on the subject.  As far as I know, I’m not allergic to any foods whatsoever; there are no speed bumps on my personal road to eating until I black-out.

Because of this good fortune, it’s very easy to be cynical.  Ya know?  A few years back, when peanut allergies became all the rage, I’d instinctively roll my eyes and make a dismissive pfff sound with my mouth.  Peanut allergies… what a heaping load.

Indeed, I used to listen to a radio show when we lived in California, hosted by a man who felt the same way I did.  He’d start yelling, “Show me the bodies!  Show me the bodies!!” whenever the subject was raised, which seemed to be about once a week.  And the callers would almost lose their minds with outrage… Heh.

But I’ve met some reasonable people along the way, whose kids have nearly died because of the peanut allergy.  So, I’ve softened my stance on the subject.  I don’t believe the blubbering ball-babies on TV, but I do believe reasonable people I know in real life.

It can be taken too far, though.  There was a woman at our elementary school (High Neck), the mother of a kid with peanut trouble, who was a full-on zealot.  Toney saw her almost throw her body on a bag of chips one day, as if it were a live grenade, because it was supposedly packaged in a factory where peanuts aren’t kept inside an airtight vault, or whatever.

So, that’s pretty irritating.  But, to be fair… if it were my kid, I might be a gigantic pain in the ass, too.  ‘Cause that stuff is scary.  I know a guy whose daughter almost died because she smelled Febreze inside somebody’s house(?!), and his description of what happened made me squirm.

The girl’s windpipe sealed-off like a submarine, almost instantaneously.  And that’s no good, when a person goes submarine like that. I know I’d also try to make sure that didn’t happen again.  Right?

In any case, I’m only allergic to cats and get hay fever (or whatever) a few weeks later than most people.  It’s true.  When the grass starts growing in the spring, and the flowers start blooming, everybody’s sneezing and gagging and snotting-it-up.  But I’m fine, until about a month later when I become a delayed basket-case.

Beyond that, I have nothing to share.  I’ve never had food poisoning, either.  Not once, despite the many, many restaurant meals I’ve enjoyed.  Toney got really sick from shrimp when we lived in California, but I don’t eat the crustaceans, so that probably helps…

Starbucks coffee and orange soda instantly make my poop-muscles flex, but that’s not really food poisoning, is it?  That’s just a hyper-acceleration of natural events.

So, what about you?  Are you allergic to any foods?  Or anything at all, for that matter?  Do you know a person who’s allergic to something bizarre or unusual?  Tell us about it, won’t you?  And if you’ve got any good stories about food poisoning, that would be cool, too.  Use the comments link below.