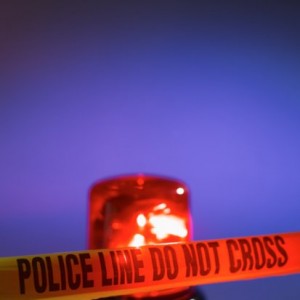 So, I was sitting in the library on Friday afternoon, sobbing quietly into my keyboard, when my cell phone rang.  It was our oldest son, wanting me to come pick him up at a friend’s house.  He said he fell and hurt his arm.

Of course I required a full briefing, and it didn’t sound too serious, thankfully.  He’s broken his right arm twice, and if it keeps happening I’m afraid he’ll end up with a chicken tender hanging out of his sleeve.  I told him I’d be there in a few minutes, and started packing up my stuff.

At first I thought it was some old man, possibly a Korean War veteran with a chip on his shoulder.  But then I heard BOOM!  And: BOOM! BOOM!!

What in the star spangled hell?  I walked toward the front, and heard wild belligerence, and someone possibly punching things.  I walked out of the stacks and saw a fat maniac, stripped to the waist, wandering around the library, hollering, and knocking things over.

He had a massive gut and no shirt, tattoos on the tops of his arms, and a wild expression on his face.  People were scrambling to get out of his way, and I saw him wind-up and punch a propped-open hardcover off the top of a file cabinet.

He looked like he was starting to careen toward my area in the back, so I returned there to protect my computer.

A concerned woman seated nearby came over and said, “Do you think that perhaps I should exit the library?”  Those were her exact, proper words.  But her eyes were saying, “Do I need to get the fuck out of here?!”

I told her I was leaving, and it looked like bad news up there.  I offered to walk her out, but she scampered away without saying anything.  So, I shrugged and returned to the front, with my Jack Sack over my shoulder.

There was a woman near the main counter, with a young boy in her arms.  And the lunatic was approaching.  “Hey little baby…” he said, with a creepy smirk on his face.  A man, seated at one of the computers, yelled, “Yo!  Keep away from the kid!”

And Jiggles the Escapee started dancing around, with his arms above his head, singing, “I’m a craazy man!  I’m a craaaaazy man!!”

I left at that point, and about two blocks away three police cars came screaming past me, traveling in the opposite direction and headed toward the library.  Oh, man…  I was going to miss it all.  They’ll probably taser that fat bastard!

I fetched the Secret, asked about his arm, and told him we weren’t going straight home. I gave him the story as we drove, and he said, “We’re going back, aren’t we?”

Five police cars!  All with flashing lights.  What was going on?!  Had he killed someone?  Taken hostages?  Removed his pants?

I parked and we walked toward the front door.  There was a big ol’ hicked-up pick-up parked in the fire lane, and three cops were going through it.  One had an armload of prescription bottles, studying the labels and frowning.

We went inside, and Jiggles was nowhere to be seen.  Several policemen were interviewing people, and two women were cleaning up a big potted plant that had been busted in the middle of the floor.  But there was no sign of the “craaaazy man.”

Outside we noticed a police SUV with radically tinted windows, and decided they must have him handcuffed (or straitjacketed) inside.

Man, I really wish I could’ve been there for the take-down…  I have a feeling the dude didn’t go quietly, but something tells me he probably did go quickly.  Know what I mean?  Heh.

I missed it this time, but have you ever seen a stranger get arrested?  I’m sure most of us have.  If you’ve got any interesting stories to tell along those lines, please post them in the comments section.

Also, if you have any “unhinged lunatics in public places” tales… let’s hear ’em.

And this is going to be a busy day.  Toney’s cousin will be here in a few hours, and will be spending the night with us.  It’s not really a long story, and it’s also not all that interesting.  But maybe I’ll get into it tomorrow?

Now playing in the bunker
FurtherEvidence dotcom is on the air!