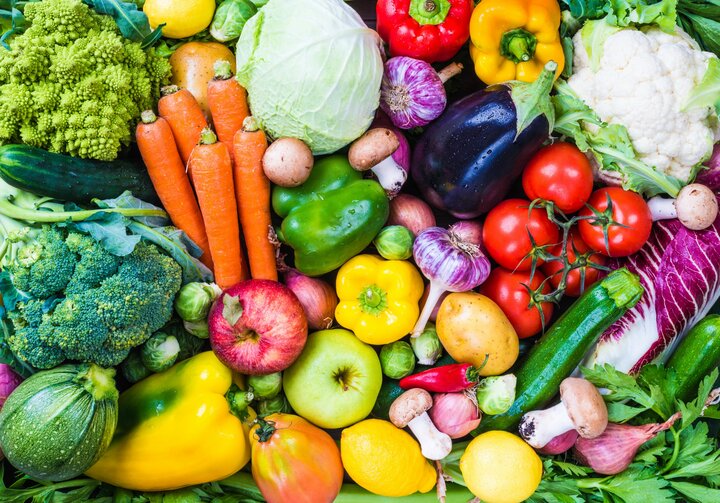 What’s your relationship with the veggies? I encounter a surprising number of people — adult humans — who reportedly never eat them at all. Except, they always say with a smirk, french fries and potato chips. This is foreign to me. I’ve always loved nearly every vegetable, since I was a little kid. I don’t know how this happened. I believe my brother is fairly picky in that regard, and we were raised by the same people at the same time.

I’ve been known to order the vegetable plate at home cookin’ style restaurants, forgoing all meat options, for no other reason than I like it. And nearly every weekend I prepare a gigantic salad here at Chez Kay, and Toney and I work on it ’til it’s gone. I love a good salad. In fact, I insist on using so many things, Toney asks me to prepare it with just the core components: lettuce, tomato, onion and cucumber. And keep all the additional stuff separate. I often have radishes, green peppers, and celery on the side. Sometimes other items. Toney doesn’t want to commit to all that, and wants saladic options.

And it’s not just the standard vegetables I enjoy, I also go for some of the more controversial offerings. I love, for instance, brussel sprouts. And just a few days ago I was super-excited to learn that Cracker Barrel had boiled cabbage available that day; I went to town on that shit. I don’t consider broccoli to be controversial, but many people do. I love it. Same goes for cauliflower.

Needless to say, this isn’t because of health concerns, or anything along those lines. No, I’m not super-invested in that sort of thing. In fact, I eat lots of garbage passed to me through laziness holes carved into the side of various “restaurants” around town. I just sincerely enjoy vegetables, and eat them when I can. And I also like fast food, and eat that too.

However… there are a handful of vegetables I don’t like. These are the bad vegetables, in my opinion. They are: any kind o’ squash (probably not even a vegetable, but gets lumped in), zucchini (same thing?), asparagus (blecch), and sweet potatoes (blecch again). I also have only limited exposure to turnips, and don’t know enough to have an opinion. Same goes for okra. I’ve had it in gumbo, and stuff like that. But am not qualified to pass judgment.

What are you thoughts on this? It’s very important that I know.

On a related note, I also like most beans. The one exception that jumps to mind is black eyed peas. Not good. They taste like dirt to me. I’ve tried multiple times, even at great soul food restaurants in the South. Not a fan. Here’s a bowl of Great Northerns I made a couple of weeks ago. My grandmother called ’em “white beans,” and I’ve been trying to re-create the ones she prepared when I was a kid. This latest batch was close, if not right on the money. It’s taken a long time, but I think I’ve finally unlocked the mystery of the sacred white bean. Those are chopped onions on top. 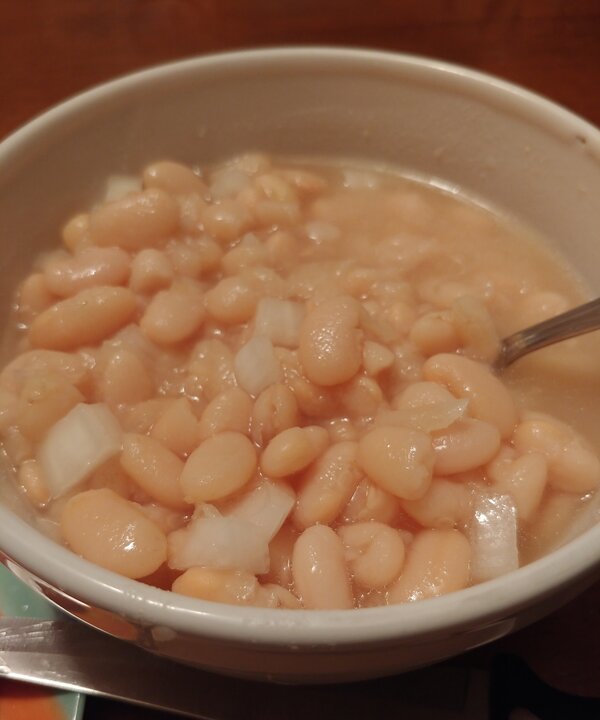 In your opinion, what are the good vegetables and what are the bad ones? And if you have any beanpinions, feel free to share them, as well. Use the comments section, so thoughtfully provided by our WordPress overlords.

Also, check out the latest podcast episode where I tell the story of how I ended up selling meat door to door at one particularly dark point in my life. You can listen here, or wherever you get podcasts.