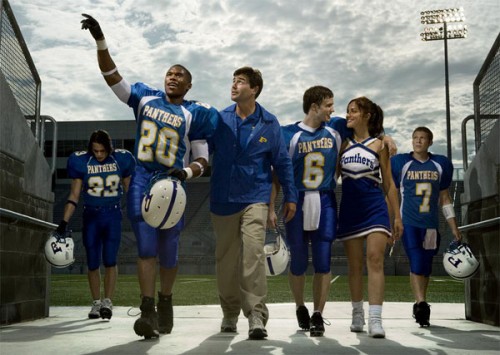 I really like the new REM album.  In fact, I liked the previous one, too.  Something happened after Bill Berry, the drummer with the magnificent mono-brow, left the band.  They started making dull records, and I mean REALLY dull.  But the last two have been fun again.  And I’m enjoying enjoying them again.

Also in heavy rotation inside the Surf Report bunker:  the new solo album by J. Mascis, and the reissue of Nick Lowe’s second record, Labour of Lust.  I also bought the new Paul Simon album, and it’s fairly bizarre, but is growing on me quickly.

You know, in case you were wondering…

I’ve been dabbling in two of the bigger book nerd communities, as well:  GoodReads and LibraryThing.  If you have a profile at either of them, and would like to add me as a friend, I’d be honored.  I’ve just gotten started, so I don’t have much to offer yet.  But I’m planning to get into it, and maybe discover some cool books I didn’t previously know about.

And I just finished reading the first Spenser novel, by Robert B. Parker.  It was fun, and I’m going to read them in order, until I get bored or run outta books.  I read it on the Kindle, which is the best $200 I’ve spent recently.  That’s $140 for the device, and $60 for the lighted cover.  Money well-spent…

Last year I got a wild hair up my ass (I still don’t know what that phrase means, exactly…) and subscribed to a bunch of magazines on the same day.  All have now expired, or are nearing their expiration dates.  And the only one I’m going to continue with is Wired.  I’m digging Wired.

On the DVD front, Toney and I are quickly ripping through the final season of Friday Night Lights.  Man, what a great show that was…  It’s a shame that more people didn’t watch it, but they somehow squeezed out five seasons, despite their always unspectacular ratings.  So, that ain’t too shabby.

We’re seriously considering a purchase of the whole series on DVD, whenever it’s released.

And now you’re up to date on the stuff I’m enjoying at the moment.  What about you?  We need a progress report.  Use the comments section below to tell us about the good stuff.

This one’s abbreviated, I know, but it’s better than the previous few Wednesdays when I didn’t update at all.  Right?  …Hello?

I’ll see you guys again tomorrow, I hope.  I’ve got another weird work schedule this coming weekend, but I’ll do my best.