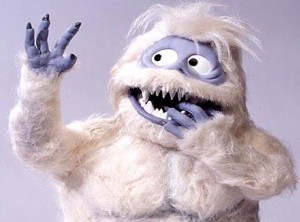 So, we’re naming snow storms now, like hurricanes?  I wasn’t aware.  When did this happen?  I’m not up to speed on the latest trends in meteorology, etc.  In any case, Jason or Larry, or whatever that crap was that rolled through here yesterday, complicated my evening.

As the hype continued to ramp-up, I left for work.  I didn’t like the idea of being 40 miles from home when the Storm of the Century descended on us, but I’d made a vow to work 150 hours during the current pay period.  No way could I miss a whole day; it would jeopardize my dreams of glory.  Plus, I didn’t want the propagandists to win.

But I had an uneasy feeling all night.  Assholes kept reporting that things were ugly outside, and that the governor had ordered all the plows off the roads.  It was so bad, someone told me, they were just giving up the fight.  Gulp.  I had to drive home, at 1:30 a.m.

Employees were jumping ship by the dozens, and by the end of the night there was a skeleton crew in that place.  Just a few of us lunatics remained.

As I cleaned off my car, preparing it for the impossible journey, I had visions of being stuck on the uphill grade of Montage Mountain.  WTF, man?  I should be in the family room right now, ‘neath a blanket, watching It’s Always Sunny in Philadelphia.  Instead, I’m driving home from a distribution center in Dog Balls, Pennsylvania, in the middle of the night, during Winter Storm Carl or whatever.  My life:  #shambles.

And the drive sucked.  It started well, but it was only a tease.  Interstate 81, where I entered it, was cleared off nicely, and I thought I was in luck.  But it only lasted for a mile or so, and everything went shitty.  There were stretches where my car was doing things I didn’t ask it to do, and I was tense as a mofo.  I know how to drive in snow, but at some point it doesn’t matter anymore: nature is going to win.  Just ask those shin-gobblers named Donner.

For most of the trip only one lane was cleared, and “cleared” is a loose term.  It was stressful, and dark, and mostly abandoned.  During one section especially, I was sure my little exercise was about to come to an end.  I was sliding and going sideways, again and again.  My ass was producing diamonds, and smelting copper.

But I made it somehow.  When I got to our little town, the roads were horrible, and I ran three red lights.  The cops love to pull me over, but I couldn’t risk stopping and throwing away all that valuable forward motion.  They didn’t bother me last night.

Back in our neighborhood it was ridiculous, but I got my car all the way to our driveway.  After I turned off the engine, and got out, I could feel my tightly-coiled muscles release.  And my stomach felt… dynamic.

I went down to the basement, grabbed two beers from the fridge, put one in my jacket pocket, and opened the other. Then I stood on the porch sipping the golden elixir, while Andy frolicked and rolled through the high-ass snow.  He looked like a porpoise leaping through the water.  At least he still likes that crap.

Tonight it’s going to seem like high luxury driving on roads that aren’t conspiring against me.