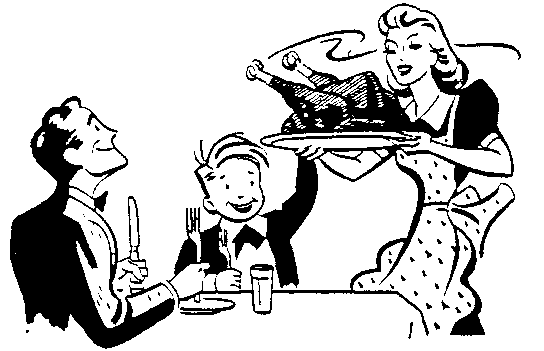 The hyper-extended holiday weekend was very fine indeed.  Thanks for asking.  It actually felt like four and a half days away from work, without being dull or excruciating.  And that’s a difficult thing to achieve, I’ve learned.  It either flies by in a whirlwind of chaos, or bogs down in painful douchebaggery.

But this one was just right.  I’m actually somewhat rested this morning, and my complain-o-meter has leveled off at GUARDED, which is lower than normal.  So, I must declare the weekend a success.

Here’s a brief run-down of events, in case you’re interested…

I was in the best of moods, because we were at the front edge of several days off in a row.  And is there a better feeling?  I submit that there is not.

In the morning I wrote the Surf Report update (which may have contained a version of the previous paragraph), and took the younglings out to lunch in the afternoon.

I told them to pick a place, and they went with TGI Friday’s.  And I said, “OK, Burger King it is!”  I mean, what am I, Ted Turner here?  Both of ’em would’ve ordered the Fred Flintstone rack of ribs, along with a fifty dollar check at the end of the meal.

Toney got home around four o’clock, and we were going to go to Ret Lopster for dinner (with the help of a gift certificate), before she and the older Secret went to swimming practice.  Toney’s involved with the team and had “deck duty” that night, so we had to be finished by six.

But it was not to be.  The traffic was almost biblical, the Red Lobster parking lot was completely maxed-out (I thought the economy was in the shitter?!), and people were waiting outside to get in.  So, that was out.

We decided to go to Five Guys instead, but Toney wanted to stop at Wegmans first.  I went in with her, to peruse their kick-ass microbrew selection, and ended up buying a six-pack of Rogue Dead Guy Ale.

While we were in the store the older Secret received a call from one of his hooligan friends, asking if he wanted to go to a movie with a bunch of other hooligans.  He couldn’t go, because of swimming, and sulked about it through dinner.

When Toney got home from the pool, we broke into the Dead Guys, and they were worth every cent I paid for them.  And I’d paid a lot of cents.  Sweet Maria!

On Thanksgiving none of us left the house, literally.  In fact, I don’t think I even took off my fat pants.  It was fantastic!

The Macy’s parade was on TV while I slurped Five O’Clock coffee from an enormous Warner Bros. Studio mug, and worked my way through a pile of Black Friday newspaper ads.

Did any of you see the Special Needs Color Guard perform during the parade, by any chance?  Um, just wondering.

I found almost literally nothing I wanted to buy in the ads.  Sure, I was mildly interested in one of these, but finally decided against it.  I think it was in the Macy’s ad, but I’m not sure.

In the afternoon I brought the laptop upstairs to the dining room, and loaded dozens and dozens of CDs onto the Big iPod.  Including my sizable Robyn Hitchcock collection, which is, you know, sizable.

Toney talked to Sunshine before dinner, and she went off on another of her crackpot rants.  She now believes Obama is planning to cut off all medicine to old people, and the ones who don’t die as a result will be rounded up and held in concentration camps.

You think I’m joking?  Oh, you’d be mistaken on that count.

Toney prepared a big holiday spread, including a boneless turkey breast (no ribcage or “cavity” this year), and two pies to choose from.  She made pumpkin (for everybody but me), and blueberry (for me).

I’m a longtime fan of blueberry pie, as well as lemon meringue.  What are your favorites?  And which ones can’t you stand?  In that category for me is pumpkin (never could get into it), and sweet-ass pecan pie (blecch).

So, in addition to the pie question, I’d like to know if you bought anything on Friday, as a result of the massive newspaper ad carpet-bombing attack?  I bought nothing, and didn’t see anything that even mildly piqued my interest.  It’s bizarre (something usually sucks me in), but true.

Also, did anything exciting happen on Thanksgiving, during your family get-togethers?  We’d like to know about that, as well.  Use the handy comments link.

And that’s all I can do; this day’s running away from me.

So, until the middle of the night…