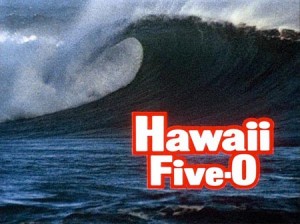 The schools here closed before noon today, because of (get this)… a steady rain.  Our boys came in, immediately started calling their friends, and are now off celebrating their unexpected good fortune.  They can’t believe it, and neither can I.  It’s rain!  WTF?  Is this place turning in to California?

I’m fully expecting the school district to provide precipitation counselors tomorrow, to help students cope.  I mean, it can be a traumatic thing to watch pavement darken with moisture, and the woosh woosh woosh of windshield wipers is a terrifying sound that sometimes haunts youngsters well into adulthood.

Yeah, and that’s probably what some smartass in Johnstown blogged in May of 1889…  They had blogs back then, didn’t they?  Of course they did.

Since LOST is no more, we have no weekly TV shows to follow.  Friday Night Lights is the only other hour-long program we watch, and it’s on during bizarre months, so who the hell knows when it’ll show up again?

Therefore, we instructed the DVR to start recording a few semi-promising new shows, with the hope that one or two might click.  And it’s not starting out too well…

We watched the full lineup of our chosen shows last week, and none of them blew me away.  We’re prepared to give them one or two more weeks each, but I can already feel myself developing a bad attitude.  If something doesn’t start clicking soon, I’m going back to Buffy the Vampire Slayer through Netflix streaming.  Fukkit.

The best, by far, was Boardwalk Empire, on HBO.  But it was fairly slow-moving, and not exactly crackling with electricity.  I’ve heard that it improves, though.  And the first episode itself was far from bad, just not as good as I’d hoped.

I’ll probably be sticking with it for the season, because of all the talent involved.  I’m prepared to give them a little more leeway, because of their pedigree.

I’ve read lots of praise for the remake of Hawaii Five-O, but I didn’t like it much.  I might be jumping-ship on that turd after Week Two.  We’ll see how it goes.  The first episode was full of predictable action, but I didn’t care about any of the characters.  Maybe it’ll improve?  They have one more week to show me something.  I’m a very busy man.

Detroit 1-8-7 is a cop show featuring “Christopher” from the Sopranos.  The first one wasn’t bad, but also not very good.  I think they’re trying hard to be Homicide, but they still have a long way to go.  I might give it three weeks, instead of two, because the main character is kinda interesting.

We also watched some bizarre-ass sitcom, called Outsourced.  There were a few clever lines, but not nearly enough of ’em.  The setting is a call center in India, being run by an American, and it’s very strange.  I like strange, so I’m willing to offer this one a two or three week probation.  But comedies should also be funny, right?  I have a bad feeling.

I kinda wish we’d started watching The Event, but didn’t.  Is it any good?  There’s some hype surrounding it, at least.  Maybe I’ll get caught-up online, and jump in?  Is it worth the effort?

What new shows have you started watching this fall?  Are any of them worth a damn?  Tell us about it in the comments, won’t you?

In fact, what returning shows do you watch?  I’m not talking about reruns or DVDs, but weekly shows in current production.  We don’t have anything… nothing.  And dammit, we need a couple shows.

I’ll be back on Sunday, or Monday, or Saturday… Who knows?  Everything feels slightly askew around here.