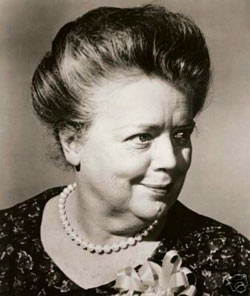 As promised, The Big Gallery of Bosses was launched over the weekend. Check it out. Do you recognize any of those people? I think I do, specifically (or as she would say it, “pacifically”) the third one down.

Keep ’em coming! This is a fun project, but we need more bosses. More bosses, please!

Also, something new was posted at Mockable today. I hate to brag, but I think Metten and I are firing on all cylinders at that site. I know it’s not to everybody’s taste, but please don’t write it off just yet. Subscribe to the feed, and check it out every once in a while. You might be surprised.

We need a new poll over there. The one about Old Yeller has been up for more than a week. Any suggestions? I haven’t had time to give it much thought.

On Sunday I received the following email from kevindust, under the heading Seeking Permission to Display the Smoking Fish:

I’d like to have your permission to display the Smoking fish logo on the side of my racecar (at no cost to you!).  We are a small time race team, out for fun and healthy competition in a low budget four cylinder class.  I figure that if I can’t sell all the advertising space on the car, I’d at least like to cover it with an interesting logo and freely promote something I like.

In my debut season (2008) I won rookie of the year and finished 2nd in points so if I continue to do well and win races, there is a good chance that pictures of the car could be posted on the track website this season…making what I feel would be excellent Smoking Fish Sightings.

Since it is oval track racing, that Fish really will “get around”.

Attached were these three photos. And how cool is that?! Incredible. Kevin: You have my permission. And thanks for making my weekend. That’s nothing short of excellent.

Just so you know, I’m in the grip of a powerful Sebadoh jag. Usually these kinds of things only last for two days, tops. But this one is going on Day Four, or so. I just bring them up by artist on my iPod, and click PLAY ALL. Over and over again.

Toney has a job that requires her to be inside middle school classrooms from time to time. She told me about sitting in a biology class recently, and every time the teacher used the phrase “woody stem” the boys would start snickering.

The instructor apparently had no idea why they were laughing, and started getting all exasperated — which only made matters worse. Heh, woody stem.

It reminded me of a clueless math teacher I had in ninth grade. She was one of those Aunt Bee-shaped women in her mid-50s, apparently never married. I think she still lived with her mother, if you can believe it, and had many cats.

Anyway, she was all the time saying things that set off the immature laughter, which completely baffled her.

One time she was telling us to multiply the numbers inside some brackets, before multiplying the answer with a number outside the brackets. Or something like that… She stood in front of us, and said, “Remember class, in-out, in-out, in-out…”

Man, the roar of laughter probably could’ve been heard inside passing aircraft. One guy, Tim M., fell out of his chair, and wallowed around in the floor for five minutes. I mean, that one brought down the house.

And she had no idea why.

Another time the same teacher got into a heated argument with one of the resident smartasses. I can’t remember who she was talking to, but he was taunting her, making snide remarks.  Finally, she snapped.

WTF? Most of us had never even heard that phrase, which made it even better. Kids were again free-falling from their chairs, because of temporary laughter-based paralysis. I think Tim M.’s head almost exploded, literally. I remember his face turning blood-red.

And once again, the teacher was completely confused by the whole episode…

And that’s the Question of the Day. Can you remember any of your teachers saying something that inadvertently triggered a mass Beavis & Butthead reaction? If so, we need to catalog it.

Tomorrow I’ll tell you about our excellent warm-weather weekend, and Andy’s encounter with a heroin addict.