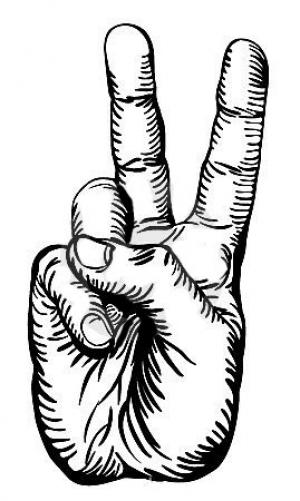 Because of the holiday, and the fact that half the population is coming off a four-day drunk, I’ve extended the cut-off for the new shirts until I get home from work tonight. It could be 3 a.m., it could be 4 a.m. Who the hell knows? But it’ll be the middle o’ the night sometime.

If you’d like one of the new shirts, order now. I’ll be removing the Paypal links soon. We’re in the final hours of this thing. Here’s your link.

And speaking of hours, I get to work twelve of them today. In addition, of course, to the 45 minute commute each way. I’m livin’ the dream, I tell ya… We had the option of coming in two hours early, or staying two hours late. I was planning to do the former, until I got out of bed. Clearly, it’s going to be the latter. Oh well.

The interstate is all jacked-up, and I’m now forced to take the turnpike to work. It costs me $2 in tolls, which irritates me a little. Not so much because of the cost, but because I rarely have cash. So, it’s another logistical hurdle I have to cross.

On 81 they’re doing some boolshit work in the middle of the southbound lanes. So, the left lane is diverted to the left, and the right is diverted to the right. Then, a hundred yards later… they come back together. This causes mass confusion, and huge delays. People think they’re getting off the interstate, or something. But they’re really just going slightly to the left or right for a few yards. Grrr…

So, I get to be reacquainted with the luxurious Pennsylvania Turnpike. And, of course, the ATM at Sheetz.

Toney started a new job today, and it seems to be a pretty good one. She went on three interviews, and REALLY wanted it. When the offer finally came through, we celebrated with a rare restaurant dinner, and a non-rare six-pack of Dogfish Head 60 Minute Ale.

The money is decent, the hours work for us, and it will hopefully make things a little easier around here. She was told today that over 400 people applied, and they chose 12. Wow. I would’ve never made it through such a gauntlet. They would’ve gotten a load of my questionable personality, and that would’ve been the end of the road for me.

I don’t want to jinx it, but we’ve had a few minor victories lately. I’m not accustomed to such things… Have you had any victories over the past few months? If so, please tell us about it. We need a little positive energy around here…

But, don’t worry. I have something exceedingly cynical chambered for tomorrow’s update.

And I’m gonna call it a day, my friends. I need to shovel down some high-sodium swill, and pass through a couple of toll booths. Don’t forget about the shirts! They’ll be gone soon. Also, if you haven’t had any recent victories, just tell us about your holiday weekend.