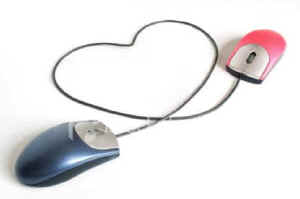 Have you ever gone out with someone you met at a dating website?  I haven’t, since I’ve been married longer than the internet has been around.  And (thank you God!) I don’t “date” anymore.

In fact, I never really got the hang of it when I was single.  During my adult life I’ve had three long-term relationships that have pretty much spanned the whole breadth and width of my ridiculous shit.  In between I dabbled in dating, especially during a specific period in Atlanta.  But, to be honest… I was pretty much terrified the whole time.

One weekend, I remember, I went out with a different woman on Friday night, Saturday night, and Sunday for brunch.  It was horrible.  It felt like one endless job interview.

During that dark period I also went on the worst date of my life.  Well, actually dates.  There are two that jump immediately to mind, and I’ll tell you about one of them now.  I’ve probably written about this before, but it’s been years…

You see, I had no money.  I was poor when I lived in Atlanta, even though I was working for a record company, attending receptions at the Ritz-Carlton, and hobnobbing with the stars.

Yeah, it was all an illusion…  My paychecks were pathetic.  So, it wasn’t always easy for me to come up with dinner-and-drinks cash, especially three times during a single weekend.

On one Saturday night I took a woman to dinner at a nice, trendy Jamaican place.  It wasn’t super-expensive, but definitely not cheap, either.  I was pushing it by going there.  The place blew a big hole in the middle of my budget.

And within five minutes I knew there was no future for the two of us.  No future beyond this pricey jerk chicken, anyway.  Our senses of humor didn’t match-up, partly because she didn’t have one.  And all she did was sit there and make catty comments about small insignificant fashion mistakes the other diners had made.  It went something like this:

Her:  Oh. My. God.  Would you look at the hideous bag that woman is carrying?  It’s ugly on its own, and it’s even uglier with that dress.  How can people be so retarded?

Me:  (after checking out the bag, and seeing nothing remarkable about it, whatsoever… wtf?)  Yeah, well never mind the bag, look at the guy she’s with.  His nose starts in the middle of his forehead.

Her:  (shocked)  People can’t help the way they look.

Waiter!  We’ll take the check now!!  It was excruciating, and I couldn’t wait for the contractual obligation to end.  I don’t give a crap about handbags and shoes and the curious cut of some dipshit’s slacks.

But after we finished our meals she suggested we go to some touristy rotating bar at the top of a hotel, in downtown Atlanta.  I didn’t want to go, but she wouldn’t drop it.  I think I had about $30 in my pocket, and no credit cards.  But I reluctantly agreed.

And we sat up there, going around in circles at a slow rate of speed, her talking and me going “uh huh” a lot.  She downed two gigantic drinks the size of an umbrella stand, with fruit impaled on a plastic sword, and I nursed a single beer, sweating bullets about the price of it all.

I finally got her out of there, and I think I had two crinkly dollar bills in my pocket, and maybe a dime and a penny.  Whew!

One thing, though…  I forgot about the cost of the parking.  The guy wanted six bucks to allow us out of the parking garage, and I didn’t have it.  With my face burning in humiliation, I turned to my “friend” and asked if she had any money.

“We don’t have it,” I told the dude, who didn’t take the news very well.  He finally lifted the gate, but was highly pissed and shouting a lot of stuff.

I was laughing my ass off, not caring anymore, and she just stared straight ahead looking like she’d just caught a whiff of the waste treatment plant.  Screw her, I thought.  I should just let her out here, and make her walk home.

But, of course, I’d never do such a thing.  So we continued driving in silence — until one of my tires went flat.  The balance was suddenly off, and there was a loud FLANKA FLANKA FLANKA sound coming from the rear of the vehicle.  It was starting to be hilarious.

I ended up driving on the flat until we reached a gas station, and there I pumped it with air.  This allowed me to get her home, and finally end one of the two worst dates of my life.

And now I’m going to turn it over to you guys.

In the comments section, please tell us about the horrible dates you’ve endured.  Also, if you have anything on my original question about dating websites…  I have a feeling there’s a lot of exaggeration on those things, and photos from fifteen years ago, before the chins started piling up, etc.  Am I right about that?

I’m going to work now, and will be back tomorrow with some good stuff from the House of Nancy.