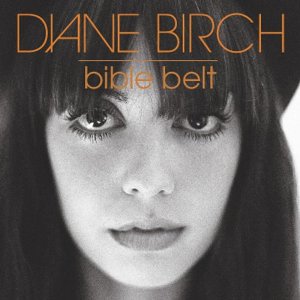 Hello, friends. It’s been a long time since I’ve written one of these updates, and I’m hoping it’s just like riding a bicycle or setting warehouse fires. I’m counting on muscle-memory to take over.

I want to thank Virtual Jeff for posting a new Question from his database every day last week at 9:00 a.m.  I was otherwise engaged, but it seems like it went reasonably well. What did you guys think? Go ahead and be honest… [VJ] is unplugged and back inside his packing crate in the basement.

My extracurricular project went well, I think.  But, of course, it’s not for me to decide. I turned everything in on Friday, and now all I can do is wait.  I’m not the most patient person on the continent, but grit my teeth and pretend to be patient I must.  I’ll let you know if I get good news.  If it’s never mentioned again… you’ll know I was sent back to the drawing board one more time.

Oh well.  Whatever it takes.  I don’t give up so easily nowadays.  I often wish I could have my twenties back, which was a decade of my life wasted on dumbassery and high-impact douche-a-robics.  But I was so quick to give up on things back then. First sign of trouble: fukkit. I don’t need that tendency back, thank you very much.

I returned to work last night, and my desk was an absolute wreck.  My computer was locked-out with a generic password, which makes me think it was used last week as a time clock — where employees clocked in and out during every shift.  All my pens were gone, my two monitors were radically cockeyed, and my desk was covered in something that required a thorough scrub-down with Mr. Clean, or whatever.

I’m very territorial, and don’t like people messing with my shit. So… within seconds of arrival, I was already growling like a dog, and producing a daisy-chain of illogical profanity.  Order was restored within a half-hour, though.  It looked worse than it was, I guess.

I had 445 emails, which was a pleasant surprise. I was braced for 650. That’s what my inner-sensors told me: 650.  I went through them in an hour or so, and sent 99% to the garbage or one of a dozen folders I’ll probably never open.  At the end I was left with about 10 messages that required my direct involvement.

And just like that… I was officially back into the swing of things.  As if last week had never happened.  It made me feel mildly sad.

But while I was away I discovered two things I’m really enjoying, and would like to share them with you guys.  I noticed that [VJ] was pretty negative with his questions, so I thought I’d start the new week with something a little less… dark.

I’d like to know what new stuff you’ve discovered in your travels over the past few months, which you’re enjoying. I’ll start with my two, and you guys can take it from there.  OK?  OK.

The first is a free phone app called Evernote. There are plenty of applications which you can download to your phone, and use to jot down ideas and thoughts that occur to you throughout the day. I had one on my previous phone, but Evernote is roughly a million times cooler than that earlier one.

It looks great, for one thing, and is super-easy to use. And it also uploads your notes to a cloud drive, so you can retrieve them from any computer in the world.  It does a lot of other things, too.  But the notebook function is fantastic, and I’ve been using it daily.

And it’s completely free.  It’s one of the few apps I’ve discovered that is truly useful, and makes my life a little bit better.  I enthusiastically recommend Evernote.  Check it out, if you’re so inclined.

Also, I’ve been fairly obsessed with an unlikely album.  A few weeks ago I downloaded Bible Belt by Diane Birch, after I heard it mentioned by two different music nerds on unrelated podcasts.  It sounded interesting and I had a small balance in my eMusic account, so I took a chance on it.

I’m glad I did.  It sounds like a singer/songwriter album from the 1970s — like maybe something from Carole King or Carly Simon.  Or maybe a female Elton John.  The songs are really good, and it’s just a hell of a lot of fun.  I’m sure I’m drawn to the nostalgic feel of it; this stuff would’ve been all over AM radio if it had been released in 1973.  But it’s not ONLY about nostalgia… the songs and the performances are strong.

So, there you go.  Have you discovered anything new that you’d like to share with us?  If so, please use the comments link below.

And I’ll be back tomorrow, boys and girls.