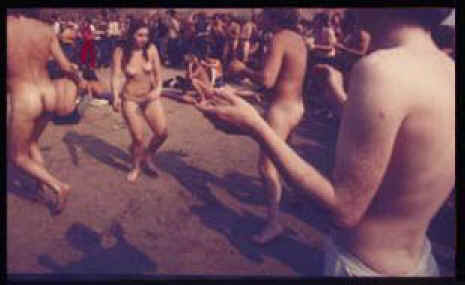 Nancy, her so-called husband Nostrils (married on a beach by a dinner theater actor, amongst a pack of leaping dogs), and their passel of li’l translucent children, descended on the Surf Report compound late on a recent Friday night.

The plan was to put the see-thrus straight to bed, since they’d theoretically be asleep by the time the neep-neep! wind-up car pulled into our driveway.  But, as predicted by yours truly, the kids weren’t asleep at all.  In fact, it was the exact opposite; they practically did hand-springs through our front door.

Nossy carried in a box of exotic beers, and we immediately broke into those babies, while the translucents raised a ruckus downstairs in the family room.  Toney and I chose a pale ale each (forgive me, but I can’t remember what kind), and Eninen shared something that looked like a pub glass full of fresh-squeezed diarrhea.

We sat in the living room and talked for a while.

Nancy again asked if this was my “hard day”, which really broils my briscuit.  She’s convinced, convinced I tell ya, that the hours I work destroy me on a weekly basis.  Probably because Nostrils is routinely bedridden, as a result of a stiff breeze, or daylight saving time, or any number of other devastating events.

I explain to her, like a person with his jaw wired shut, that I have no hard days.  But she clearly thinks I’m just putting on a brave face.  Grrr…

She wanted to know if we’re familiar with a television program called The Daily Show, hosted by “Jon Stevens.”  She said her “Polish friend,” the one married to an “African-American,” sends her DVDs of the show, and she watches them at work (or whatever).

Have you ever noticed how Nancy-types are always preaching tolerance, and color-blindness, but are the first to put people in a category?  I have.

In any case, Toney’s sister is now a HUGE fan of Jon Stevens; she thinks he’s “fantastic.”  Which probably goes a long way in explaining why I can’t stand the guy.

While we talked and enjoyed our beverages, I realized Nostrils was smacking his lips.  While drinking!  That whole family, with the exception of Nancy, eats like a freakin’ pig.  And if there’s one thing that drives me up the wall, it’s people slurpin’ and smackin’ and suckin’ down a meal.  Or a beer, I guess…  It makes my entire muscular system go rigid.

When the conversation started developing dead spots in it, Toney turned on the TV.  One of those “ask your doctor if it’s right for you” drug commercials came on, with a lengthy list of possible side effects at the end.  You know, bleeding from the eyes, skin sliding off, thick piss, a sudden change in sexual preference, etc.

And apparently Nostrils had never seen such a thing, and started screaming with laughter.  I mean, the guy was shrieking at the top of his lungs, and slapping his hands together, and scaring everyone in the room.  The dude was completely overcome, as if possessed by demons.  It was insane.

The next morning I dragged myself to the coffee maker, and took a seat in the living room.  The oldest see-thru was standing there, looking at his reflection in the TV screen, and singing a song with the lyrics, “I am sad, so very very sad.”  Over and over again.

And he was doing it in a creepy, ghostly falsetto, with his unblinking eyes fixed on the television, which was turned off at the time.  I sneaked away and got Toney, who took it all in, then flashed me the international sign for “Sweet Jesus!”

We cooked hotdogs on the grill for lunch, and Nostrils built a disgusting mayonnaise and mustard extravaganza, which you can see here.  Blecch.  Who puts mayo on a hotdog?!  He had that shit smeared all around his lips, and at one point looked like the lead singer of the Cure.

After lunch Toney and Nancy went for a walk, and Nancy flew off the handle when they passed a house with a Prius in the driveway, and a John McCain sign in the front yard.  This bothered her greatly, and she talked about it for a long time.

Toney, who is getting bolder and bolder, finally said, “That’s why I’d never drive one of those cars.  It’s not about the environment, it’s just a political statement.  It’s why hybrids that look like regular cars don’t sell.  Nobody wants them, unless they can be used to show-off.”

Wow!  I thought Nancy’s head was going to explode, and she and Toney traded snarky put-downs for the rest of the weekend.

In the afternoon all of us went to a large park in Scranton, and the kids spent time on what Nancy called a “play structure.”  It was actually a wooden playground, something like this.  Heh, play structure.

While the kids rampaged around, and Nossy wandered off (probably in search of funnel cake), Toney and Nancy called Sunshine.  And while Toney was talking to her, the oldest see-thru came running, full-on, put his head down and rammed Nancy right in the gut.

It knocked the air out of her, and left her gasping and buckled-over.  She demanded to know why he’d done such a thing.  And without even a hint of remorse, he shrugged and said, “I wanted to see if I could make you vomit.”

Yeah, that kid needs a cocktail of intense psychotherapy, mixed with a series of good old-fashioned 360-degree Appalachian ass-kickings.  But what did he receive?  That’s right, a sing-songy lecture on why his actions were wrong, and could’ve seriously hurt “Momma.”  Pitiful.

Somebody came up with the idea of getting the younglings pizza for dinner, and the four adults going to a restaurant alone.  I didn’t like the thought of leaving the Secrets with that nutcase translucent the elder (he’s just an excitable boy), but figured our twelve year old could handle the little shit, if necessary.

So, we went to an Italian place in the neighborhood, and did some more talking.

Nostrils told us about a boy in their neighborhood, who’s started playing with the see-thrus.  He said the kid bothers him, because he’s obviously on his way to full-on gayness.

I laughed at that, but Nancy didn’t approve.  She and Nostrildamus got into a brief argument, in which Nancy reminded him there’s nothing wrong with being homosexual.  And he agreed, but said the kid was going to be one of those “lisping and mincing types.”

Toney and I just sat there, and chuckled quietly into our Magic Hats.

Nancy also told a story about one of her boys coming home upset, because a kid had been mean to him at school.  He wasn’t upset by what happened, exactly, but by the fact the other kid was black.

And when Nostrils went to the bathroom, Nancy asked if we’d received a large package during the past few days (she has everything sent to our house, to save on postage to Canada).  We told her no, and this upset her greatly.

She said she’d ordered Nostrils a “Millennium Falcon” LEGO set off eBay, for his fiftieth birthday.  Apparently it’s ultra-rare, and had cost her several hundred dollars.  And now she wouldn’t have it before the Big Day.

What the hell, man?  How many fifty year olds regularly receive LEGO as gifts?  It’s standard for Nostrils, and he gets way too excited by it.  It wouldn’t surprise me to learn that he assembles them while wearing nothing but a jockstrap, or some similar weirdness.

The box arrived two days after Eninen left town, and is currently in the corner of our bedroom.  I told Toney I was going to carefully open the package, remove five or six pieces, throw them in the trash, and tape the box up again.

On Saturday nights, Nostrils informed me, he likes to “reward” himself, and watch a movie on his laptop after everyone goes to bed.  He wanted to know if it would disturb us if he stayed up late, and watched his weekly flick.

I told him to knock himself out, then asked what he was going to watch.  Care to make a guess?  Yes, you are correct, The Chronicles of Narnia.  For the “fourth or fifth time,” he reported.

I went upstairs with two bottles of Yuengling, and watched the last episode of John Adams on my portable DVD player.  And the whole house started smelling like popcorn.  More “rewarding” I guess…

Eninen were supposed to stay until Monday morning, but Toney and Nancy got into a series of arguments before I’d even gotten up on Sunday, and our visitors were now leaving immediately.

For one thing, she said we’d gotten “lucky” with our kids.  This is a common theme with Nancy.  Our boys are calm and well-behaved because of good luck, and hers are like Donnie the jungle boy because of bad luck.  We get no credit, and she gets no blame.  Pretty convenient, huh?

Toney’s fairly laid-back, but that stuff really pushes her buttons.  And I guess the two of them went round and round about it.

Then they took the dogs for a walk, and Nancy was doing her standard hand-wringing about everything in the world.  Canada sucks (as does America), the planet is sliding into depression, the environment is being raped, her kids don’t have any friends, she and Nossy are starting to get old…

And when Toney wouldn’t join in the pity-party, Nancy got mad.  She said, “What’s with you?  You used to worry about everything!  What did you do, find religion or something?  What are you, some kind of Jesus freak now?!”

Can you say tightly-wound?  Sweet Maria!

By the time I hoisted myself off the platform Eninen almost had their car re-loaded, and left a short time later.  A day early, and with hard feelings…

But there’s nothing for you guys to worry about.  Toney and Nancy have spoken twice since then, and things are back to “normal.”  Eninen will be back at our house before Christmas (to pick up the Falcon), and again during Christmas week.

So, rest easy.  And stay tuned.