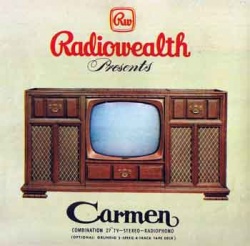 My alarm goes off at 9:30 every morning, which means I sleep six hours on workdays.  It’s not enough, but I get more on the other three days.  And so far I haven’t nodded off at my desk, or on my way home from work, or anything like that.  Mountain Dew helps, I think.  It’s the official drink of B Shift!

However, I didn’t get off the platform today until 11:15.  And I wonder how many times I hit the snooze button in 105 minutes?  Any idea?  I don’t even hear that clock’s weak-ass chirping boolshit anymore.  I just swing my arm in the air, and shut it down within a microsecond of it starting, and never come close to waking up.

It’s starting to become a problem, it really is.

Anyway, I’m getting a late start on this one.  But I’m gonna try to catch-up…  It’s too early for Mountain Dew, but Eight O’Clock coffee also works wonders.  These are the kind of things a man learns during his travels: very important things.

A few days ago our Evidence was a freaky YouTube video of a man standing on the lip of an active volcano.  It appeared he was only a few feet away from a swirling, roiling lake of fire.  Here it is, in case you missed it.  Holy shitlinks!

Now Alice in WV has sent me an outtake from that video, which some of you might find interesting.  Check it out.  Pretty cool, huh?  Our logo, man, he gets around.  Heh.

And speaking of that, I have a large backlog of pics that need to be added to the gallery.  I haven’t forgotten, and will make an attempt to bring everything up-to-date this coming weekend.  No promises, though.  Another thing I’ve learned:  try not to make promises.

Just so you know, I’m starting to hear a new saying that makes my sphincter wink.  How do these things get started?  And why do so many people willingly follow along, and jump on every questionable trend in language?  It bothers me a great deal.

Have you heard people, just recently, starting to say, “Been there, done that, got the t-shirt!”  WTF?  It makes me angry, just typing it.  I’m serious, I can feel a twinge of genuine anger inside myself.  Unbelievable.

Finally, I was putting some clothes in the washer a few minutes ago, and poured the little cup of thick blue liquid on top, etc.  And I started thinking about how huge boxes of laundry detergent used to be.  Do you remember that?

Back when I worked in grocery stores, during the 1980s, washing powder (or whatever) came in a box roughly the size of a dishwasher.  They were gigantic, and had a plastic handle built into the top, which would eat into your fingers because of the massive weight.  Old ladies would always ask for help taking them to their cars, and I’d practically have to turn around backwards and drag it across the parking lot with two hands.

Then I started thinking about stuff that’s gotten smaller over the years, and things that have gotten bigger.

Maybe it’s an optical illusion, triggered by my own personal heft, but I’m convinced candy bars are a lot smaller than they used to be.  And Big Macs, too.  Have you had a Big Mac lately?  You can practically pop them into your mouth, like a Tic Tac.  (Big Tac? Tic Mac?)  Somehow, though, they’ve managed to retain the original amount of fat grams.

Electronics, of course, have gotten smaller over the years.  I had an early version of the Walkman, for instance, and it was like having a VCR attached to my belt.  Now the iPod nano is about the size of a postage stamp, and can hold thousands and thousands of songs, with no moving parts.  Amazing.

On the other side of the coin, I can immediately think of two things that have gotten bigger through the years:

TVs, even though they’re electronics, have grown in size.  At least the screens have.  During the ’70s many people had big ol’ furniture-style TVs, elaborate wooden boxes that weighed roughly 500 pounds.  But the actual screen was usually something like 19-inches.  People have bigger screens in their kitchens now.

Also, people.  People have gotten bigger through the years.  If you’re ever in a museum that features clothing from times as recent as World War II, you can see how small folks used to be.  Some of the old uniforms look like children’s clothing.

And whenever I go to Knoebels and ride The Phoenix, an old wooden coaster from 1947, I can barely wedge my ass into the seat.  I always have to sit on a slant, because both cheeks can’t touch bottom at the same time.  The Phoenix was not designed for big 2010 American asses.

So, that’s yer Question of the Day:  what things have gotten bigger through the years, and which ones have gotten smaller?  Use the comments link below.

And I’m gonna get ready for work now, and put in my final day of the week.  Tomorrow I’m free!