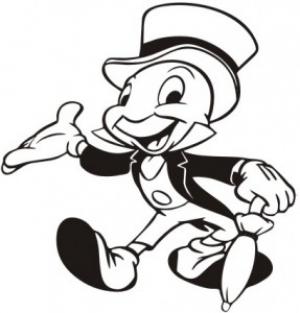 Yesterday morning my alarm started its goddamn chirping at 9:30.  When I work, I usually get to bed between 3:00 and 3:30, and six hours is plenty of sleep, thank you very much.  The alarm goes off on those days, always at the same time.

This is becoming an issue.  I’m sleeping way too much, and Toney blames it on the stress.  She’s probably right.  I think I’m hiding behind the wall of sleep, as the Smithereens might say.  Even on non-work days I’m overdoing it with the sack time, and it’s not laziness; I’m not just wallowing around, refusing to get up.  I’m sleepin’.

Yesterday I couldn’t update the site because of this crap, and today Toney set two alarm clocks for me: the regular one, which gets slapped into submission, and another one way across the room.  The second clock requires me to get out of bed to stop the racket.  Today it did the trick, but I’ll work it into the routine soon.  I’ll just adapt, and a third clock might be required.  Then a fourth.

And if you guys knew the story behind all the crazy stress, you wouldn’t believe it.  I told my friend Bill about it a few days ago, and all he could say was, “Wait… What?”  Someday I’ll give you the whole story.  Sweet sainted mother of Jason J. Delmonico!

A few days ago at work I was preparing to have a meeting with my “team” (bullshit corporate speak pisses me off, which probably doesn’t help matters), and they were spread all around the room.  I was standing in the middle, and said, “Can you guys move to one side, please?  I can’t do this ‘in the round.’ I’m not Kenny Rogers.”

Nothing but crickets.  Nobody knew what the hell I was talking about, and most of them probably don’t even know who Kenny Rogers is.  I have underwear older than some of those people…  I frequently feel like a relic from a different era, like I should be out chasing a hoop with a stick, or whatever.

I had a teacher in Junior High who used antiquated phrases all the time, and we’d all just howl with laughter.  Especially when she’d say to some smartass kid, “You think you’re the cock of the walk, don’t you?”  We’d practically piss ourselves whenever she broke that one out.  And now I feel like I might be edging in her direction.

Shit.  Maybe I should just quit my job, and start riding the rails?  I’m about the right age to embrace the hobo lifestyle, right?  I could probably get some good thinking done while standing around a burning barrel in fingerless gloves.  It’s definitely something to consider.

Here’s something that made me laugh, or at least snort: Surf Reporter Joel forwarded me a link about Cal Ripken Jr. being identified as “Carl” on TBS.  Check it out.  It’s very close to what Nostrils called him, a few years ago.  Heh.

And you know how I’m always complaining about people shitting at work?  Some of them immediately upon arrival?  Well, I think there’s a lot more texting going on, than shitting.  I believe people are going into a stall, sitting on a toilet, and playing around with their phones for 20 minutes.  ‘Cause there seems to be a massive uptick in dumping, but a marked decline in funking.  What are your thoughts on this?  Am I way off?  I don’t think I am.

This morning I thought my computer was fixin’ to die. It started moving like it was on AOL circa 1996, then completely seized-up. I couldn’t get it to do anything, and finally had to unplug it from the wall.  It took forever to boot-up again, and was clattering and clacking like a Tom Waits album.  Eventually it came back to life, and I downloaded this program.  I ran a full system scan, and it found more than a thousand problems.  The program supposedly fixed all the issues, and my machine is running super-fast now.  It’s amazing.  You might want to check it out.  It’s free, and I’ve only been using it for a couple of hours.  But so far I’m thinking it’s pretty kick-ass.

And speaking of Kenny Rogers (I mentioned him, right?), I was thinking about writing and recording a country album.  No, I can’t sing, play an instrument, or write a song.  But that’s beside the point.  I believe I could come up with some decent country/western song titles, if I put my mind to it.  And that’s 90% of the battle, right?

In fact, maybe we can work on that project together?  I’ll start the ball rolling with three songs I’ve come up with, and maybe you guys can take it from there?  Together we can build a more perfect country album.  What do you say?

Here are my offerings, to get the ball rolling:

“Don’t Put Your Wipin’ Hand in the Cracker Barrel”

If you have anything to add to this dubious exercise, or anything else mentioned above, please use the comments link.  And I’ll be back tomorrow.  No work on Thursday, so it should be smooth sailing.

Thanks for reading, folks.  I appreciate you coming here every day. I really do.