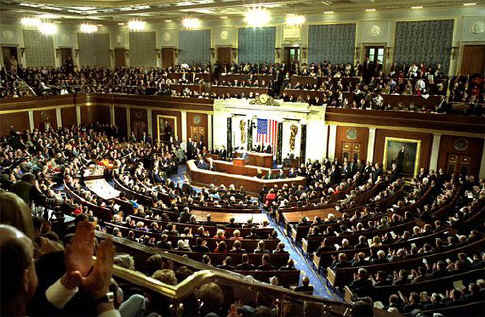 Last night a woman showed up at work and told us she’d been sick all day.  “I threw up in the shower, on the kitchen floor, and in the car while driving over here,” she proclaimed.

And isn’t that excellent?  Isn’t it exactly the kind of information most of us are looking for?  Good God.

I was telling Toney about it this morning, and immediately started feeling queasy.  I don’t know if it’s just the power of suggestion (hopefully), or if I somehow entered into the woman’s solar system of microscopic puke spores.  I guess the next couple of hours will provide the answer, huh?

Anyway, I thought I’d take this year-end opportunity to tell you folks about a few of the behind-the-scenes happenings here at the West Virginia Surf Report.  You know, in case you should give a tiny coal-black seahorse…

Yesterday I mentioned that I’m changing mailing list services.  For the past few years I’ve used a fairly lame provider who (I suspect) sends many of my messages directly to spam folders ’round the world.  Especially if the recipient uses Hotmail, for some reason.  And it makes me go grrrr.

So I’ve decided to take the plunge, and invest in the gold-standard:  Aweber.  It costs more than ShitCo, my previous provider, but it’s going to open-up a world of possibilities.  Like, for instance, every Surf Report update delivered straight to your inbox, if you’d like.  They offer tons of great features like that, and — get this! — actually deliver email.

I’m excited.  I’ve been toying with the idea of moving to Aweber for a while, and now it’s been done.  Over the weekend I’m going to start the process of transferring all current subscribers to the new service, and you’ll have to re-confirm that you want to receive messages from me.

I apologize for the small inconvenience, but it’ll be worth it, I think.  It will ensure uninterrupted access to the super-secret VIP updates, as well as some new things I’m turning over in my head.

As soon as I can get it done, there will be a sign-up form on the homepage for the new, improved mailing list.  But the old one still works, if you’re so inclined.  Become a WVSR VIP!

I also removed Common Words That Do Not Rhyme from the sidebar (what was I thinking?!), and replaced it with Surf Report Classic.  There I’ll link to a different archive page every day.  We’ve been doing this ridiculousness for a lot of years now, and even I’ve forgotten much of the stuff we’ve “covered.”  I think it’ll be fun to dredge up the past, so check it out every afternoon.

WordPress, the platform on which the Surf Report is built, released a major update a few weeks ago.  In the past I’ve just hit the UPDATE NOW button, and let ‘er rip.  But I read an article somewhere that scared me about the new one.

In the piece they suggested a long list of complicated safeguards, to avoid a full shitting of the bed.  Apparently some folks have lost their entire websites, which led to a series of grisly murder/suicides.  I think I have that right…

Anyway, I read through the article and there was no way in hell I was going to do all the things suggested.  I didn’t even know what they were talking about, most of the time.  Test the upgrade in a virtual environment before taking it live.  What the crap?  What does that mean?

So, I just backed-up the site, took a big slug of Makers Mark, and hit the UPDATE NOW button as usual.  And it worked perfectly.

Why so much hand-wringing?  Why all the sphincter-flexing?  I don’t know, but I would’ve been better off if I’d never even read that article.  Ignorance is sometimes our best friend.

Now I just need to get used to the new control panel.  It’s completely different, and I don’t care for such things…  It both agitates and frightens me.

Except for the ones going to Australia and England, all the t-shirts should be delivered by now.  I had troubles with PayPal, which delayed their shipment a few days.  For a time all new orders defaulted to size SMALL, and I had a real mess on my hands.

But I finally got it straightened out, and pulled an all-nighter getting the orders ready.  And the envelopes completely filled the trunk of my car.  In fact, I had a hard time getting the lid down.  I called the post office in advance, to warn them, and they told me to pull around to the back, to the dock doors.

I helped them transfer the packages from my car to a big rolling cart of some kind, and they wouldn’t fit in just one.  I ended up leaving my PayPal debit card with them, so they could process the envelopes as they had time.  It was all Christmasy and chaotic in there, and I didn’t want to cause big problems for them.

Yeah, and they were very accommodating.  They even let me sign ten customs forms, for the foreign orders, and filled-out the details themselves.  I think they appreciated my lack of pushiness, and bent over backwards to help.

So anyway, they went out a few days late, but many of you still received them by Christmas.  That was the goal, of course, but never a guarantee.  I’ve learned that far too much shit can happen, and usually does.

Unfortunately, one person got pretty irate that her shirt didn’t make it by Christmas Eve, and filed a grievance through PayPal.  Insinuating, I guess, that I’m running some sort of mail fraud scheme out of here.  I don’t know.

So I’ll forever have a black mark by my name, and be considered “questionable” at PayPal.  Oh well, it’s something I’ve been living with all my life.  Why should their opinion of me be any different?

By the way, I’m almost completely sold out of shirts.  I do have a few left over, and will post the quantities to the order page, ASAP.  All XLs are gone, though.  A few of the other sizes remain, but not many.  If you want one, better order today.

Starting next week (or is it the week after?) I’ll be taking a class in HTML basics at the University of Scranton.  I know nothing about code, and all that mysterious stuff, and feel a need to learn.  Afterward, if all goes well, I’ll sign up for the CSS class, as well.  But we’ll burn that bridge when we get to it…

Wish me luck.  I haven’t been in a classroom since Reagan was president.  Should be interesting.

Finally, my parents now know about this site.  I kept it quiet for about seven years, but a girl from my high school ran into them somewhere and said, “I read Jeff’s website all the time!”

My Mom, needless to say, peppered me with a series of questions about this.  I said, “Website?! Man, that’s hilarious,” and changed the subject.  Pretty slick, huh?

Of course, they’re probably at the public library reading this right now…  So, say hi to my Mom and Dad!  Sheesh.

And that’s it, I guess.  That’s my annual state of the website address.  What changes would you like to see to TheWVSR in 2009?  What do you like, and what do you dislike?  Do you have any suggestions to make it a better experience?

Tell me all about it in the comments, and we’ll get back to the regular stuff next time.