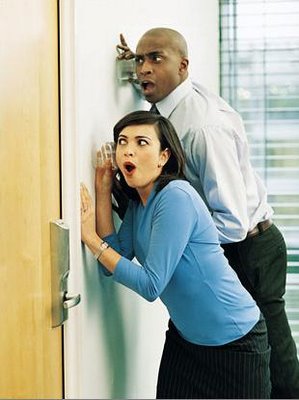 I don’t know how these kinds of things take hold, but a few years ago many, many people were starting sentences with “You know what?”

Me:  Do anything interesting this weekend?
Them:  You know what?  I just hung around the house.

Seemingly out of the blue, everybody was doing it.  It drove me crazy.  I still hear it from time to time, but think it’s pretty much run its course.  Mercifully, so.

But now I’m hearing a new one, and don’t care for it, either.  Have you noticed people replacing “I agree” with the nonsensical “I know, right?”  What the hell?

Me:  It’s hotter than the devil’s scrotum in this dump.
Them:  I know, right?

What in the pearl-handled heck?  And already it’s been shortened, to make the ridiculous even more so.

Me:  I’m about to take this Papermate pen, and repeatedly plunge it into my heart.
Them:  Right?

Just typing it pisses me off.

Also, if you pay close attention, you’ll notice people starting sentences with, “Yeah, no.”  Don’t believe me?  Listen to the people around you…  “Yeah, no,” I fear, might be the new “You know what?”

How do these kinds of things start and spread so quickly?  Like the teenage girl Inner Sanctum creaking-door style of talking?  Who started that?  And how did it go around the globe?  I hear fifteen year old girls call Clive Bull, in London, talking that way.  And it bothers me a great deal.

What trendy little speech accessories get under your skin the most?  We need to start a list, dammit.  Help me out, won’t you?

Also, what are the latest rumors going around your place of work?

We don’t necessarily need the background, just give us the rumor as you might spread it to a co-worker.  It’s kind of intriguing to hear people whispering about things you don’t fully understand.  And leave in the shop-talk and insider lingo, as well.  I love that kind of thing.

Of course, if it’s an especially juicy rumor and a full fleshing-out is appropriate, that’s coo’ too.

There’s a disturbing rumor going around my office, but I don’t want to get into it here.  My current employers aren’t known for their highly developed sense of humor.  Notice how I never mention work?  I could end up manning the cheddar pump at Arby’s…

This is very short, because I spent a little too much time on today’s Mockable post.  But I think it turned out well, and hope you’ll check it out.  Right here.

Also take the time to read yesterday’s article, NOT written by me.  It’s both bizarre and hilarious.