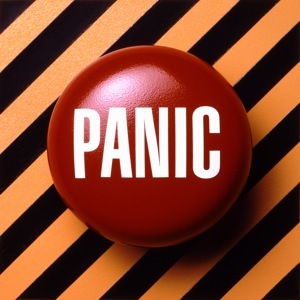 Today is Toney’s birthday, tomorrow is the younger boy’s birthday, and later in the month… I turn 50.  Good god!  It gives me the heebie jeebies, just typing it out like that.  How is such a thing possible?  I feel exactly the way I did when I was 30.  I look like hell, but don’t feel any different.  It’s a hard thing to comprehend.

One thing’s for sure, though:  I don’t like it.  I know it’s just a number, and all those clichés, but it’s a pretty goddamn high number.  And I’d be a liar if I said it didn’t bother me.  Oh, I’m not obsessed with it.  But I have this panicked feeling, like I’m running out of time.  So many days and months and years… thrown away on bullshit.  Regrets?  I have a few.

Oh well.  At least I have a false sense of security, as it pertains to my health.  I feel good, which is what everybody says right before they keel over.  Right?  Dammit!

Here’s a text message conversation I just had with the younger Secret – who will be 14 tomorrow.

Me:  What are you doing?
Him:  Watching TV.
Me:  Everything OK?
Him:  Yeah.
Me:  How’s McStench?  (this is what I sometimes call our dog, Andy)
Him:  He’s fine.
Me:  He was yelling racial slurs earlier.
Him:  At the mailman?
Me:  At the guys taking down the neighbors’ awnings across the street.
Him:  Oh.
Me:  Turns out, Andy is a pretty big racist.
Him:  I didn’t know that.
Me:  Practically a Klansman.
Him:  That’s too bad.
Me:  He’s on the wrong side of history.
Him:  There’s probably nothing we can do about it at this point.

How could that boy be 14 already, and playing straight man to my idiocy?  He was just born, like, six years ago.  Is there some kind of wrinkle in time going on??  We have video from the day he was born, and I had a big ol’ Amish beard of some sort.  I looked like a blue-ribbon asshole.  Every time I see it, I scream, “Why didn’t somebody tell me?  Why didn’t somebody step in?!”

Anyway, I’m getting way off track here…  I think I was mildly depressed when I turned 40, too.  I mean, I’m a dumbass that’s somehow made it deep into responsible adult territory.  Every day I’m out in the real world, I’m faking it; I’m a complete fraud.  And when they have block parties here, and I’m forced to mingle with all the other neighborhood dads… I’m totally out of my element.  They all wear khakis and polo shirts, and talk about golf and mutual funds.  I’m nothing like them.

Do you ever have that feeling, like you’re just playing the part of an adult?  I’ve gotten reasonably good at it, and sometimes I mistake my acting ability as actual maturity.  Ha!  And I’ll be 50 years old in three weeks.  Will somebody please hold me?

I’m going to start drinking now.  If you have anything to say about this aging crap, please use the comments link below.  And I’ll be back on Monday.

Oh, and by the way… Andy barks at everybody.  I was just doing “material.”  That hound isn’t selective in who he hollers at; it’s one of his favorite hobbies.