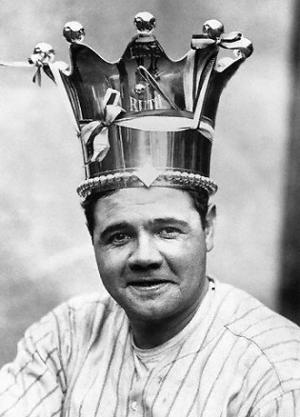 For about fifteen minutes I owned one of the best cell phones in the world. It’s the Droid Bionic, and when I bought it, it was the absolute pinnacle of mobile phonage. But, of course, it was quickly surpassed. And now, a short year later, it’s not even offered for sale anymore.

Oh well. It’s still a great phone, and I don’t regret the purchase whatsoever. However, it came with the old and moldy Android operating system, codenamed Gingerbread. But Motorola and Verizon promised a quick upgrade to the newest version, called Ice Cream Sandwich, and told all us Bionic owners not to worry our pretty little heads about it.

Then a full year passed, with no upgrade. Some folks were livid, and raised all sorts of hell about it. I read that a $100 credit was issued to those people, and they were allowed to change phones before their contract was up. I was mildly annoyed, but don’t get whipped up about nerdy shit like operating systems. I kept an eye on it, though.

And guess what downloaded to my phone this morning? Yep, Ice Cream Sandwich. It’s a massive upgrade, and took almost an hour to complete. I haven’t had a chance to play around with it yet, but everything looks different. It feels like I have a brand new phone. We’ll see how it goes.

Oh yeah, and now there’s an even newer version of the OS, called Jelly Bean. So, here we are… one version behind again. And I feel slightly creepy for knowing all this stuff. What the hell’s the matter with me? Jelly Bean… Ice Cream Sandwich… the old Frozen Yogurt… This crap shouldn’t be taking up space in my brain.

Perhaps it’s time to welcome Yuengling back into my life?

Our next door neighbor, Poppa Half-Shirt, is in a raking frenzy. Every fall and spring he takes a full week off from work, and gets his house and property ready for the upcoming season. And he’s in full winterizing mode right now.

All weekend he’s been raking, in his half-windbreaker (not really, but I wish it were true), at a crazed tempo. I don’t understand why it has to happen so fast. Raking is necessary, of course, but I don’t see the benefit of doing it at a speed that looks like ancient footage of Babe Ruth running the bases. Ya know?

Half-Shirt, of course, hates my guts. He can’t stand me, and we don’t even wave at each other when we’re both outside. It bugs the crap out of him that I don’t make yard work my highest priority. Our yard looks fine, but his is a showplace. And anyone who isn’t as nuts about it as he is, rubs him the wrong way. Plus, he blames us for his basement flooding every time it rains. It’s a long story… fraught with bullshit. So, we don’t talk.

The people on the other side of us? I never see them. The woman works in their yard sometimes, but I wouldn’t know her husband if he knocked on our front door. And that’s not a joke. Toney knows their names, but I don’t. They’re pleasant on the rare occasions we bump into each other, and that, my friends, is the definition of a perfect neighbor.

What’s your relationship with your neighbors? Is everything cool, or is there a Half-Shirt in the woodpile? Please use the comments section to bring us up to date on this important matter.

Finally, there’s a local commercial — for a car dealership, I think — in which the phrase “just $99 down!” is repeated roughly thirty times. And, just in case you’re not getting the point, it’s also on the screen — but says “99$.”

It drives me insane. I can’t even look at it; I literally avert my eyes when it comes on.

I notice stuff all the time, and am able to let it slide. But that misplaced dollar sign is a bridge too far. I grind my teeth a bit when people add an apostrophe to ANY word that ends in S. Like “turnip’s.” And redundancies cause some minor toof friction as well. Such as:

ATM machine
PIN number
and etc.
3 a.m. in the morning

Those kinds of things bug me, but “99$” is too much. Am I overreacting? Is there anything like this that’s making you cringe? Please tell me I’m not alone.

And I need to go to work now.  I hope you guys have a great day!