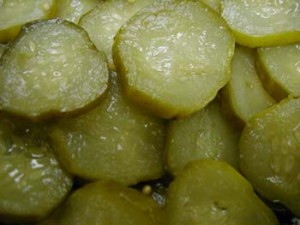 Last weekend I cleaned my home office again, aka the Surf Report Bunker.  It is, quite literally, a walk-in closet.  In fact, the bar is still in there.  I’d say it’s roughly 8 ft x 10 ft, and painted babyshit green.  And it attracts mountains of crap like a mountain of crap magnet.

Yeah, and when I say I cleaned it, I mean it looks great inside the office itself.  It’s all dusted and vacuumed and lookin’ spiffy.  Check it out.  But all the excess stuff has only been moved to the fambly room.  The problem hasn’t really been dealt with, just shifted to a new location.

And Toney has informed me I’ll be working on the knee-high mound over the coming weekend, and doing something with it.  Will somebody please hold me?

One of the items in the pile is a large box of regular old light bulbs, like we used in 1975.  I have two lamps in the bunker, and it seems like one of the bulbs blow on a monthly basis.  And when I go to the shelf where the replacements should be, all I find are those pussified eco-twists, shaped like a Dairy Queen novelty treat.

So, a few days ago I flew off the handle and went in search of normal-people light bulbs.  Those pork rind deals are fine for the rest of the house, but I’m not having them inside my sanctuary.  This is 2009 — we should no longer have to wait for things to “warm up.”  Know what I’m saying?

A few months ago I told you about a pair of New Balance shoes I’d purchased, for the ridiculous price of $75.  Well, I’ve just started wearing them.  I put off the debut, because the whole world was covered in road salt, meant to melt snow.  And that stuff is like acid, it’ll eat the soles clean off your shoes if you’re not careful.

But now I’m wearing them, and apparently my feet aren’t accustomed to quality.  ‘Cause it feels like the little bones are all rubbing together, and the big ones too.  Also, my toe knuckles feel inflamed.

I was in Wendy’s a few days ago (I can make that statement at any time whatsoever), and there was a long hair on my hamburger.  After I took a bite, and pulled the food away from my face, something remained attached.  It wasn’t moving as easily as it should’ve; there was a bit of resistance.

Turns out there was a long blond hair mixed in amongst the condiments.  I removed it, tossed it aside, and continued eating.

For some reason hair in my food doesn’t disgust me as much as it probably should.  Lots of things set me off, and cause me to lose my mind, but that’s not really one of them.  I saw the girl making the burgers, and she looked like a well-scrubbed high schooler.  How nasty could her hair be?

Now if she’d put a pickle slice on there, it would’ve been a different story…

I know a lot of people almost vomit when something like that happens to them.  Are you one of them?  Oh, I’d probably have a different reaction if the burger-maker had been some homemade-tattoo lazy-eye home-arrest loser, but under the circumstances it was no big deal.  How would you have reacted?

Also, what’s the most unusual or nastiest thing you’ve ever found in restaurant food?  I was at a Cajun place in Atlanta years ago, and found a big ol’ boll weevil (or somesuch) in my jambalaya.  I showed it to the waitress, and she acted like I was trying to scam them, like I walk around with a pocketful of bugs getting free meals from restaurateurs.

Do you have anything on this subject?  If so, please tell us about it.

And I’m going to cut this one a little short.  I overslept this morning, then spent several hours trying to figure out what happened to the long-sleeve shirts I mailed on March 14.  Three people emailed and said they haven’t received them.  It was making my right hand rocket through my hair.

I checked my detailed notes and they showed all shirts had shipped, but the cities didn’t appear on the long-ass receipt from the post office.  WTS??

I drove over to Olyphant and checked the PO Box.  And there were NINE returned packages.  Nine!  All had apparently gotten through with no postage whatsoever, and came back.  I’d handed-off everything to postal people, they processed them, and told me the total at the end.  So THEY missed the nine packages, not me.

In any case, mystery solved.  I’ll re-mail the shirts tomorrow, and we’ll try it again.  Sorry about that.  I had no idea there was a problem until yesterday.  I appreciate your patience.

And that’s gonna do it for the week.