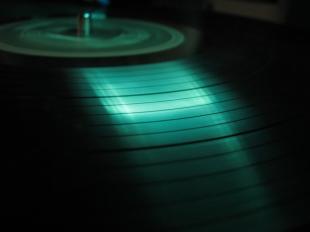 You know what’s irritating? When people tell me long-winded stories filled with characters I don’t know. They refer to them by their first names, and it’s usually family members or personal friends I would have no way of knowing. I always want to interrupt and say, “Hang on. Who the fuck is Larry?”

I also don’t like it when people start to complain about something, stop and say, “I know. I know. First world problem.” Just spit it out, dick. I don’t have time for your trendy apologies.

And I was in Subway a few days ago, sitting in a booth eating my seven dollar lettuce sandwich from a filthy basket, when a 19 year old girl approached the counter.

“What can I get you?” the sandwich artist asked.

“Uuuuuuuum, I think I’ll have turkey,” the girl said.

On and on it went… with a hyper-extended “Uuuuuuuum” preceding every samlich component. It was making me crazy, and I began to analyze why people do such things.

Obviously, they’re buying time, without creating dead air. It’s a placeholder, and “Uuuuuuuum” is a universally accepted method. I’m thinking about replacing it, though, with a blood curdling scream. I want to see if I can get it to take hold in society.

Finally: I don’t like people who drive on the interstate with their windows down. It has no bearing on my life whatsoever, yet still pisses me off. I know in some cases their air conditioners are busted, but I think it’s usually something else. I believe there are a percentage of people who like to say they hate A/C for some pain-in-the-ass reason. And it’s become one of their “things.” Am I wrong?

Yeah, and now that I have all that off my chest, I’d like for you to take a look at this article, about a company that will take your cremated remains and turn them into a vinyl LP. How cool is that?

And before I call it a day… The black shirt situation hasn’t been fully resolved, so I’m still taking orders for ’em. If you’d like one, the link is in this update. I’ll almost certainly remove it on Thursday, so order away!

I’ll be back tomorrow with more of this nonsense.