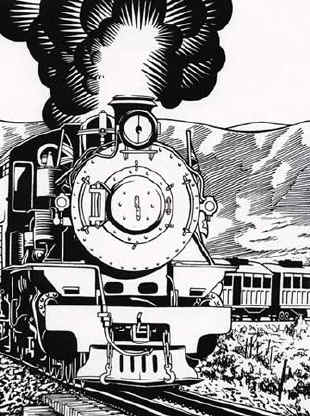 Every time we go to West Virginia, Toney and I have a series of conversations about “over-the-top state pride,” as she calls it.

She’s referring to the WV logos on almost every car, the West Virginia-themed clothing covering much of the bloat, and even jewelry that pays tribute to the state.  It is a bit over-the-top, I guess, but I probably wouldn’t notice if Toney didn’t point it out every time.

Clearly, it irritates her…

Hey, I always say, when you’re the butt of every joke, and openly mocked for decades on-end, people tend to get defensive and defiant.  Plus, a lot of it’s about WVU football, and nothing else.  …I think.

We have the exact same conversation every time, and I’m always put in the position of defending the homeland.  Even though I’m not really disagreeing, I feel a need to offer an explanation.

“It’s an inferiority complex,” she says.  “Like Canadians, with their freakin’ maple leafs.”

On a related note, my Mom told me about something that happened while she and my Dad were in Florida last winter.  They were reportedly talking with one of their neighbors down there, and it was mentioned that my parents were married at the age of 19.

“Wow, I didn’t think people in West Virginia waited until they were 19 to get married,” the King of Comedy said.

“Well, it was our second marriage,” my Dad answered.

However… My Dad told me he was talking with someone in Dunbar recently, and the guy said he remembered me from my years working as a toll collector, at the Dunbar Toll Bridge.

The dude said he came across the bridge at about 2 am one night, and the following conversation supposedly took place:

Him:  What would you do if I told you I wasn’t going to pay this stupid toll?
Me:  I’d write down your license number, and call the police.
Him:  You don’t know who I am, do you?
Me:  No.
Him:  I used to work with your Dad.
Me:  Yeah?
Him:  And I’m just joking with you.  I’d never cross the bridge without paying.
Me:  And I wouldn’t have done anything if you hadn’t.  What do I care?

For some reason this ten second conversation has stuck with the man for 25 years.  He thinks it’s hilarious.  I, of course, have no recollection of any of it.  Or of him, for that matter.

But he certainly captured my general attitude about things back then…  Yep, that sure sounds like me, circa 1983.

While at my parents’ house, the Secrets were forced to share a bed.  And, needless to say, this led to many arguments.  “He steals all the covers!”  “He kicked me in the back!”  “He talks in his sleep all night, and yells!”

So, we split them up on the second night, and I slept with the younger Secret.  Which led to even more bitching…  By him and me.

He said I snored all night, and kept waking him up.  “It sounded like a train,” he complained.  And Toney jumped on that particular bandwagon, saying I’m a complete weirdo because I sleep on my back.  Is that so unusual?  What’s wrong with sleeping on your back??  Sheesh.

This criticism of my “snoring” (greatly exaggerated, I believe), and my sleeping style, continued for a long time, and I finally snapped.

“You guys sleep the way you wanna sleep, and I’ll do it the way I want.  On my back!  Like a gingerbread man!!”  See?  After a while you get all defensive, and defiant.  And kinda weird.

And anyway, the Secret wasn’t exactly a joy to share a bed with, either.  He continuously moves, tossing and turning, and working his legs like he’s riding a bicycle.  He whipped the covers off me about ten times, and kneed me in the kidneys repeatedly.

“Tonight I want to sleep with (the older hooligan) again!” he said.  “It’s horrible sleeping with Dad.”

“OK, Lance Armstrong,” I answered, before Toney stepped in and blocked an argument in the making.

And I think that’s gonna do it for today, boys and girls.

In the comments section I’d like to read your stories about the worst person you’ve ever slept with.  Not in a sexual way, of course, but just a general bad sleeper.  Not even in the same bed, necessarily…  Maybe in a hotel room, or at camp as a kid, or something like that?  We need to hear all about it.

Also, how do you think you sleep?  On your side?  Is that what society tells us we have to do?  Am I the last gingerbread man standing?  Is that what it’s come to?  Use the comments section to bring us up to date on this important information.

And before I go, I want to alert you to another excellent animation short by Metten.  Right here.  Please check it out, and leave your thoughts at the site, if you’re so inclined.  We’d both appreciate it.

And I’ll be back tomorrow, with a rare Friday update.