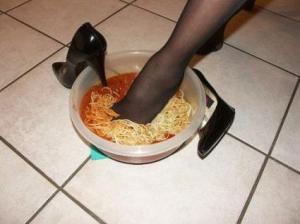 On Tuesday the younger boy underwent oral surgery, and, once again, I was in charge. I’m not a fan of all this medical stuff… I’m really not. But Toney is working Monday thru Friday for the next couple of months, so I get to wade chest-deep into things that give me the heebie-jeebies, like, all the time. Seriously, it’s every week: something horrible and medical.

But the boy is doing well. He was sore for the first day, and barely mentioned it after that. They gave him a prescription for some high-powered pain medicine, but I didn’t even pick it up. He took the antibiotic, and Motrin. And it was smoove sailing.

On Thursday I get to take him back, to have the stitches removed. And on Friday he and his brother have their yearly check-ups at the regular doctor. Do you think Toney is setting all this up on purpose, just to make me suffer? I’m starting to wonder. It’s freaking relentless.

I took a couple of vacation days last week, and had five days off in a row. I worked on the book project for what felt like millions of hours. I’m happy with the first half of the manuscript, and am roughly 75% OK with the second half. I think I can finish it in two more days, and have another five days off in a row starting on Thursday. So, I should be good.

Just like during the yurt days, back when I was writing Crossroads Road, I started to feel weird and disconnected from the world after a while. The first two or three days are great… then the feeling of isolation kicks in. By Friday evening it was coming on strong, and early Saturday afternoon I said fukkit.

I was at the undisclosed location, and called Toney. “Let’s go do something,” I said. “I can’t take this anymore. I’m about to lose it, man.”

She said she and the boys were going to do some back-to-school clothes shopping, and asked if I wanted to join them. “Yes!” I shouted. Even if she’d said they were going to tour the waste treatment plant, I would’ve been on board.

So, we went around to a half-dozen stores, and spent an astonishing amount of money. Well, maybe not for normal human beings, but it felt pretty goddamn astonishing to me. “Why American Eagle?!” I said. “What’s wrong with Target?” And they didn’t even bother to answer, since it was apparently such a ridiculous question.

It was demoralizing, and also a little boring. But I enjoyed being out amongst ’em again. It didn’t take long to reconnect to the current state of humanity, and I had a pretty good monologue going.

After that horribleness was completed, I asked Toney if she wanted to join me for a pitcher of Sierra Nevada, at a pub in town. It hit the spot, and we did some strategizing. We’ve made some of the biggest decisions in our lives over pitchers of beer. Sometimes it feels like the only time we can actually talk, without distractions.

That night I dreamed about living in the house where I grew up, probably because I’d been writing about it. Except Toney and the boys were there, and not my parents. Andy had been missing for two days, and nobody seemed to be concerned about it. I went out looking for him, walking the streets of Dunbar, and nobody else seemed to give a shit. That dream felt like it lasted for nine or ten hours, and I never found our beloved hound. Not that anyone else cared, mind you. It was super-stressful, and frustrating.

And yesterday afternoon I returned to work. My computer monitors were cockeyed, and both had been turned off. WTF? The computer was locked-out under somebody else’s user ID, my chair was lowered all the way to the floor, and the armrests were turned backwards. Grrr… Also, all my pens were gone. Every one of them. So, within two minutes, I was already whipped-up and mumbling to myself again.

Talk about reconnecting to humanity!

That kinda-sorta brings you up to date on my exciting life. What’s going on in yours? Use the comments link below.