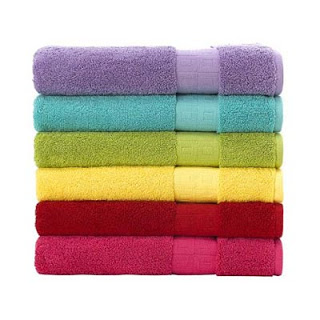 Last night it snowed like a bastard here.  It’s almost April.  Enough, already!  The schools shut down early, and by the time I arrived at work, it looked like full-on January out there.

And it just kept snowing and snowing…  What the hell, man?!  I checked a couple of weather websites, and both said it would stop by 10 p.m., then turn to rain.  The temperature was supposed to rise, as the night progressed (weird), and it looked like the roads would be OK by the time I went home at 1:30.

But people were spinning conflicting yarns at work.  One guy said, in a knowing tone, that the temperature was supposed to PLUNGE (much emphasis on that word), and it would be a world of ice when we were driving home.  He said it was supposed to be 21, and feel like 7.  He had specifics.

Possibly fueled by this pallet-jack meteorologist, some people went home early.  And the snow kept falling.

This made me a little uneasy, so I checked the sites again.  Where was he getting his information??  Was he just pulling data out of his ass?  I saw nothing that confirmed his doomsday scenario.  But it was enough to put a bit of doubt into my head, and cause me to harbor a low-grade worry throughout the evening.

And when I left there at 2:20, it was 34 degrees and sprinkling rain.  It had been 28 at 7:30, so the temperature had indeed gone up.  The roads were completely clear, and I had no trouble.

So, what are your theories on the guy who was going around spewing disinformation?  Do people like that just make it up, to create chaos?  Or do you think he was looking at the Boston weather page, or something?  I seriously don’t understand.

I had no trouble driving last night, but almost crashed on Sunday.  I was coming home from work, at 1:30 or thereabouts, on Interstate 81 — The Devil’s Parkway.

I noticed a tractor trailer up ahead, kinda weaving and not really respecting the lane markers.  I wondered if the dude was about to fall asleep behind the wheel.  I didn’t care for it, and kept my distance.  But he started slowing down, and we were going 55 mph.

I didn’t like the thought of passing him, on account o’ the weaving.  But the slowness was causing my molars to grind.  I watched him, and he seemed to have woken up.  He was going too slow, but was now holding his lane.  So I punched it.

And the moment I got beside him, he came all the way over into my lane.  Not partially… the whole goddamn truck!  I laid on the horn, and swerved to the shoulder.  All four of my tires were off the interstate, and I was driving over those WAKE UP! WAKE UP! rumble strips at a terrifying clip.

He was slow to respond, and it seemed like we rode that way for a long time.  In reality it was probably two seconds, but it felt like five minutes.  It was scary.  I thought he was going to keep coming, and mash me through the guardrail.

Sweet sainted mother of Buster Bloodvessel!  It’s a wonder I didn’t suffer a full rectal collapse.  Have you had any near-misses on the highway lately?  If it’s a good story, please share.

And I’d also like to get your thoughts on a tiny little jewel of Nancy nastiness that Toney unearthed on Sunday.  The two of them usually talk on Sunday mornings, and this week Toney mentioned she had a lot of laundry to do that day — including two loads of towels.

Nancy was aghast.  “You do two loads of towels — every week?!”  She couldn’t believe it.  Then she went on to tell Toney that her whole family shares two towels, and they’re only washed every two or three weeks.  The three boys share one, and Nancy and Nostrils share another.  And they’re only washed begrudgingly.  You know, because of the environment, and all that boolshit.

Two of those boys are teenagers, and they’re all sharing a bath towel??  It’s disgusting.  Shit!  I don’t even want those uncircumcised thoughts inside my head…  Blecch!  And double-blecch!!

What do you think about this?  Am I making too much of it?  It takes a lot to be surprised by those people at this point, but this tale comes mighty close.